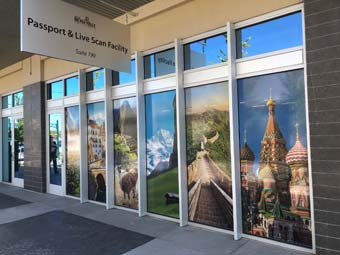 Roseville, CA- The new passport facility is located at 316 Vernon Street, Suite 190, across the street from the Roseville Civic Center. It is open Monday to Friday, 8:30 a.m. to 3:45 p.m. for scheduled appointments.

3- Schedule your appointment.
Walk-in service is available on a limited, first-come, first-served basis.

4- Passport mailed to you!

The expanded passport facility is operated by the City and is expected to generate about $750,000 a year to the City’s General Fund. The General Fund pays for police, fire, parks and recreation, public works, economic development, development services, and general government services.

The Roseville City Clerk has been accepting passport applications since 2005 and has generated more than $1,261,000 for the General Fund with limited staffing and hours. Demand has increased steadily since that time due to the reduction or elimination of passport services by local postal facilities and other government agencies.

Notary services will also be available at the new facility beginning in November. Plans are underway to provide Live Scan fingerprint services as well.

For more information, to schedule an appointment and to get important information you need about applying for a passport, visit Roseville.ca.us/passports.