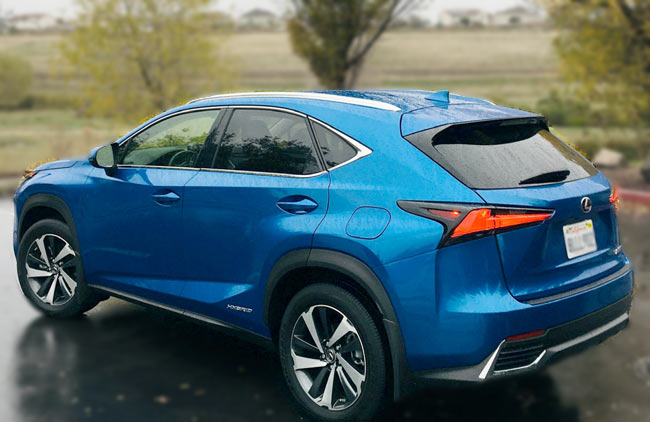 Sedans have increasingly fallen out of favor with many U.S. car buyers. Americans now have a preference for compact and subcompact SUVs. These crossover SUVs are smaller than traditional ones; possessing tinier engines, typically lower sticker prices, yet still deliver the preferred sedan-like ride.

What this means to careful car shoppers is: do your homework. The choices are so numerous – every auto manufacturer typically has multiple crossover SUVs in their fleet of vehicles. That’s certainly true of Toyota and its luxury division, Lexus. The opinion here is the Toyota/Lexus SUV choices are strong and warrant some attention.

One of those choices is the 2020 Lexus NX 300h. This compact hybrid crossover SUV has been around since 2015. It’s not perfect, the NX 300h has some flaws and the sticker price is more than some will want to pay. Yet overall it has a favorable rating with numerous strengths that put it among the list of small SUVs to be considered.

A gas version of the NX 300, the hybrid NX is foremost a fuel-efficient premium crossover SUV. The NX 300h gets an estimated 30-33 mpg. With its 14.8-gallon tank, the 300h can go approximately 460 miles before it requires refueling.

The 2020 Lexus NX 300h has one offering, a 2.5-liter, four-cylinder engine and hybrid system that generates a combined 194 horsepower and 258 pound-feet of torque, and is paired with a six-speed automatic transmission. What we like about the 300h (and the gas-powered NX) is it comes with standard all-wheel drive, a real plus in the winter months.

What’s not so appealing is the hybrid’s power – it’s pokey. Trying to accelerate quickly isn’t going to happen. The 300h goes 0-60 mph in 8.8 seconds, a time that’s slow for the class. However, we found the 300h to operate fine in freeway passing situations and given enough time will power up a sizable hill. The towing capacity is an underwhelming 1,500 pound maximum.

The NX 300h receives better marks for its driving acumen. While not sporty in its handling, the 300h is certainly more than capable. It grips the road well when traveling on challenging S-turns. The 300h also delivers a quiet and smooth ride. One thing we didn’t like was the sloping roof creates a narrow back window that results in a blind spot.

On the inside, the NX 300h is rated solid overall. But one area that receives regular complaints is the infotainment system. Note that the complaints come from people with a technology aversion. The system could be a deal-breaker for tech-challenged people who won’t enjoy the somewhat frustrating touchscreen and the many buttons in the 300h. It can prove distracting because the system does require more attention than some drivers prefer.

Overall seating is an area that will please the majority because it’s comfortable and supportive. There’s good head and leg room up front, while the only complaint for taller back-seat occupants is the sloping roof makes head room somewhat limiting. Cargo area measures 16.8 cubic feet and with the rear seat folded, the storage area increases dramatically (53.7 cubic feet).

Unlike Toyota/Lexus vehicles in the past, Apple CarPlay and Amazon Alexa are now standard features.

While it does have a few issues, overall the 2020 Lexus NX 300h is strong in many areas. It has good fuel economy, features standard all-wheel drive and can be counted on to provide comfortable seating on even long drives. 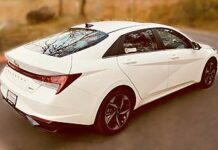 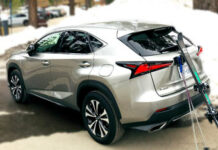 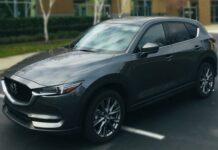 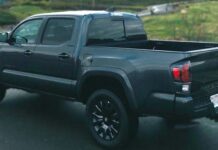 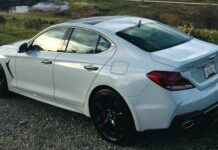