“In order to continue to act in the best interest of Anaheim and allow this great City to move forward without distraction, Harry Sidhu resigns from his post as Mayor,” reads the letter from Paul Meyer, Sidhu’s attorney.

In the absence of Sidhu, Mayor Pro Tem O’Neil is handling the duties of mayor per Anaheim’s city charter.

The resignation request was in response to notice of a federal investigation into Sidhu stemming from independent actions he may have taken related to a proposal to sell the Angel Stadium of Anaheim site.

With Sidhu stepping down, a vacancy would be addressed by the City Council in consultation with city attorney, city clerk, Anaheim’s charter and state law.

Anaheim’s charter calls for a vacancy to be filled by a Council appointment within 60 days. If the Council is unable to appoint after 60 days, a special election is required.

Given proximity to November’s election, where the mayor’s seat is set to go before voters, an election to fill the seat could be held at the same time.

The City Council is set to discuss the Angel Stadium transaction and recent developments tomorrow night during its regularly scheduled meeting. 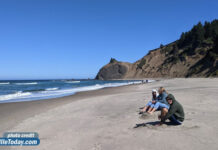