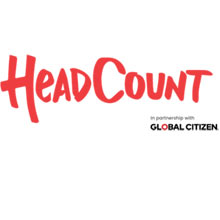 New York, NY – Today, HeadCount announced they have registered over 1 million voters since the nonpartisan organization was founded in 2004, with nearly half coming during the 2020 election cycle.

While the organization has spent most of the past decade and a half registering voters at concerts and music festivals, the COVID-19 pandemic forced it to pivot to a mostly digital approach, which led to some of the most viral pop culture moments of this election cycle.

For instance, HeadCount was the voter organization behind YouTube star David Dobrik giving away five Teslas, Board member Bob Weir of the Grateful Dead texting Deadheads, Cardi B and other Atlantic Records artists filling their Instagram Stories with messages about voting, Tina Fey reuniting the cast of Mean Girls, Indie rockers The Postal Service holding Zoom band auditions with Anne Hathaway, Weird Al, Slash and many others, and Taylor Swift and Billie Eilish giving away memorabilia to fans who check their voter registration status through partner Global Citizen.

“The pandemic created challenges, but the election wasn’t going to wait for concerts to come back so we just had to get more creative,” said live music entrepreneur Peter Shapiro, HeadCount’s board chair. “Our internal goal, which was set when we were still organizing around concerts, was to register 200,000 new voters. We ended up with over 425,000 for this election and it got us to 1 million all time.”

“I’ve watched the organization grow from an idea to a force,” said Bob Weir, who has been on HeadCount’s board since the beginning. “And now we’ve found new ways to connect and increase voter turnout when it’s more important than ever.”

HeadCount’s campaigns this year go beyond voter registration. Last month, the organization launched its “Make Your Vote Count” campaign, which seeks to educate voters about common mistakes that can put their ballot at risk of being invalidated. They’ve also launched the “How to Talk to Your Friends about Voting” campaign, which serves as a resource guide to help young people start the conversation with friends about voting without feeling awkward or frustrated. 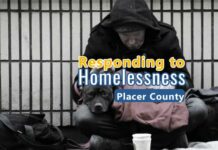