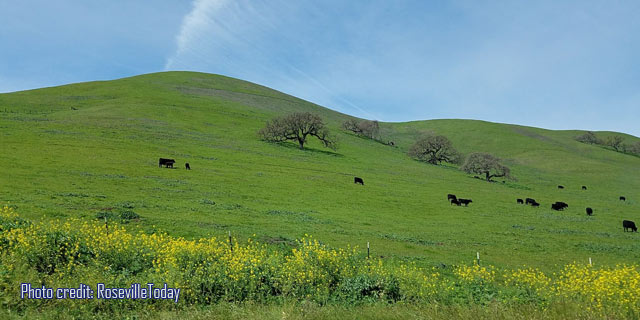 That’s according to the 2017 Placer County Agricultural Crop Report, presented to the county Board of Supervisors as an informational item today at their meeting in Auburn.

The annual totals reflect the gross value of agricultural crops and products, not the net incomes producers receive.

A large-scale conversion of rice land to nut orchards also affected 2017’s crop values. This trend is expected to continue until the newly-planted almond and walnut trees begin bearing.

“For the first time in more than a decade rice was supplanted as the county’s top grossing crop,” explained Joshua Huntsinger, the county’s agricultural commissioner and sealer of weights and measures.

Total values were up for high-profile crops like mandarin oranges and vegetables that often are sold at local farmers’ markets and other direct-marketing outlets. Mandarins were up 23 percent at $2 million, vegetables were up 5 percent to $1.8 million and pears jumped 85 percent to $105,000.

For more information, contact the Agricultural Commissioner’s Office at 530-889-7372.