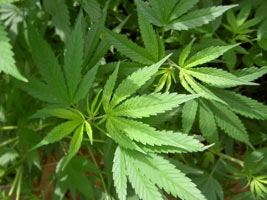 AUBURN, Calif. – Placer County regulations prohibiting all commercial cannabis activity wouldn’t change but some enforcement protocols would be adjusted under a proposed ordinance update moved forward by the county Board of Supervisors.

Placer responded to and resolved 158 cannabis cultivation complaints in the first year of enforcing its cannabis regulations. To help ensure continued success, county regulatory staff proposed several updates to the cannabis ordinance to address lessons learned from the first year and to match up with current state law.

Notable changes include allowing non-commercial delivery of small amounts of cannabis in alignment with state law; adding a requirement for tenants to secure written approval to cultivate cannabis from parcel owners; and clarifying that cultivation limits apply to individual, private residences, not individual parcels.

The update also removes a $500 per plant penalty at initial contact by Placer code compliance officers, but retains a $1,000 per plant penalty, if compliance isn’t achieved within 72 hours of receiving notice to abate. A new provision holds that the county would only issue one 72-hour notice-to-abate per offender per year, allowing enforcement hearings and fines to proceed immediately against repeat offenders.

In a related change, the updated ordinance addresses under what conditions a chemical and forensic laboratory that tests cannabis for medical or forensic purposes would be allowed to operate in Placer County. In October 2017, the board rejected a provision that would have licensed such facilities, because of concern that it could encourage commercial cannabis activity.

A narrower allowance approved in a separate 3-1 vote by the board today would allow for a more limited range of chemical and forensic testing for medical, health and safety or law enforcement purposes.

The provision specifically prohibits any on-site cannabis cultivation or testing that could support commercial cannabis activities, and limits the amount of cannabis allowed at such a facility to a maximum of 3 pounds. Any facility where medical cannabis research would be conducted requires separate approval and licensing by the federal government.

The ordinance changes approved require two readings and would go into effect 30 days after a second public hearing, tentatively scheduled for Aug. 28. If there are no changes made at the second reading, the updated ordinance would become effective 30 days later.

A detailed National Institute of Drug Abuse funded analysis showed that legally protected medical marijuana dispensaries, not just medical marijuana laws, were also associated with a decrease in the following: