SACRAMENTO, Calif. – A Tracy man is facing several felony charges stemming from a series of rock throwing incidents on roadways in San Joaquin County that occurred in the area of Tracy Boulevard north of Interstate-205 over the past several weeks.

Prior to the arrest, California Highway Patrol (CHP) investigators were following up on a series of rock-throwing incidents that occurred in the area, including one in the early morning hours of April 9, 2021, which resulted in the crash and serious injury of two CHP officers responding to a call of rocks being thrown at moving vehicles.

Anyone with information related to this case is ecouraged to call the Tracy Area CHP office at (209) 835-8920. 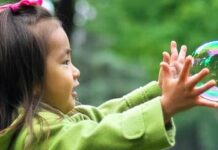