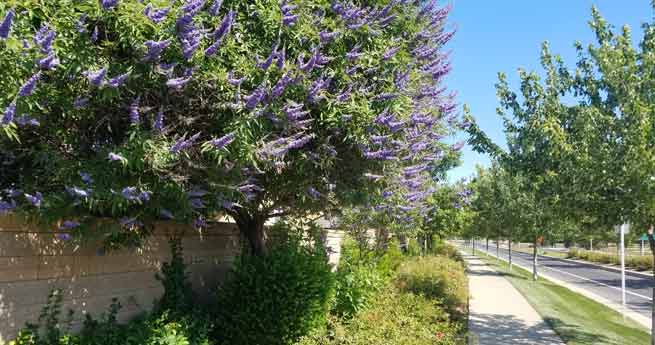 High marks for quality of life, city services, and utilities

Roseville, CA- In a national survey, Roseville residents rated their satisfaction with living in Roseville among the highest in the country in several key areas including as a place to live, utility infrastructure, city services and economic health.

The complete survey results can be viewed at Roseville.ca.us/NCS.

“Businesses and people from all over the state and country want to be here.”

“The results affirm our residents feel an incredible sense of pride about living here. Roseville is a vibrant community,” said Roseville Mayor Krista Bernasconi. “Businesses and people from all over the state and country want to be here.”

“I was especially happy to see, but was not surprised by, the very high marks our residents gave to the women and men who work for the City,” said Dominick Casey, Roseville City Manager. “Each one of our staff is dedicated to providing exceptional service and improving our community every day. The high quality of life in Roseville is in many ways due to their hard work.”

The City participated in the National Community Survey in order to benchmark and track satisfaction levels and priorities over time. The results will help inform the City’s strategic planning, budget and shed light about perceptions about city and community services.

In January and February 2021, 3,000 invitations to take part in the survey were mailed at random to Roseville residents, with 476 residents completed the survey (16%). This provides a level of confidence of 95% and a margin of error of plus or minus 5%.

The survey asked residents for their opinion on the “livability” of Roseville in 10 core service areas:

Here are highlights from the survey report’s Executive Summary produced by Polco, the firm conducting the survey.

Roseville residents enjoy a high quality of life, and the City’s utilities contribute to the high marks.

Around 90% of respondents indicated they were either very likely or somewhat likely to remain in Roseville for the next five years and to recommend living in the City to someone who asks. The overall image or reputation of Roseville also received exceptional marks from 93% of community members and ranked above the national average.

Roseville residents gave exceptional marks to utilities in the community. 97% of community members responded that the overall quality of the utility infrastructure was excellent or good, while 92% stated similarly for storm water management, putting both items much higher than the national average.

Over 90% of respondents gave positive marks to utility billing, drinking water, garbage collection, sewer services, and power (electric and/or gas) utility, all of which were higher than the national average.

In addition, 95% of residents rated Roseville as an excellent or good place to raise children and 83% as a place to retire, both higher than national and similarly sized cities average.

In terms of safety, 91% rated their overall feeling of safety in Roseville as good or excellent, and the rating jumped to 97% for how safe residents feel in their neighborhood during the day. Fire services received a 97% rating for excellent or good quality.

Community members are pleased with their local government.

Residents gave outstanding and above-average marks to almost every aspect of government performance in Roseville. About 9 in 10 respondents gave high marks to the overall quality of services provided by the City of Roseville as well as the overall customer service provided by Roseville employees.

At least three-quarters of residents gave positive reviews to the City treating residents fairly and with respect, being honest, and generally acting in the best interest of the community.

About 77% of residents rated the value of services for the taxes paid to the City and the overall direction of Roseville as excellent or good. Being open and transparent to the public and the overall confidence in Roseville government scored similarly high marks (73% and 72%, respectively).

Roseville’s economy was an important and positively rated facet of the community. The City as a place to work scored much higher than the national average, with 88% of respondents rating it excellent or good.

About 9 in 10 residents gave high marks to the overall economic health of Roseville, and the quality of economic development and employment opportunities received higher-than-average ratings from at least 7 in 10 residents.

In addition, the City’s shopping opportunities scored much higher than the average (93% excellent or good). At least 8 in 10 respondents positively rated both the overall quality (93%) and variety (87%) of business and service establishments in Roseville.

Respondents indicated strong support for addressing homelessness in the community.

Items relating to inclusivity and engagement, like the sense of civic/community pride and acceptance of the community toward people of diverse backgrounds, were rated excellent or good by about 7 in 10 residents.

About 6 in 10 community members indicated that Roseville does an excellent or good job at taking care of vulnerable residents, including the homeless population.