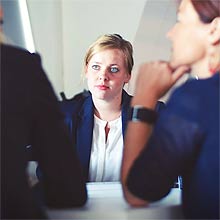 • Leisure and hospitality (up 14,700 jobs) led the region in month-over employment gains.
Accommodation and food services grew by 13,200 jobs. Arts, entertainment, and recreation picked up 1,500 jobs. Despite these gains, employment in leisure and hospitality is down 28 percent since February.
• Trade, transportation, and utilities reported a month-over increase of 5,800 jobs. Retail trade (up 4,300 jobs) accounted for 74 percent of the job additions.
• Education and health services expanded by 4,200 jobs. Healthcare and social assistance (up 4,600 jobs) was responsible for the expansion.
• In June, employment continued to decline in government, which was down 3,700 jobs. Job losses were in state government (down 2,300 jobs) and local government (down 1,600 jobs). These reductions offset a slight gain in federal government, which added 200 jobs.

• Leisure and hospitality led the year-over decline for the region, shedding 32,200 jobs.
Accommodation and food services (down 23,600 jobs) was responsible for the majority of the job losses. Arts, entertainment, and recreation lost 8,600 jobs.
• Trade, transportation, and utilities fell by 15,800 jobs. Retail trade was down 10,700 jobs.
Wholesale trade shed 3,100 jobs. Transportation, warehousing, and utilities cut back 2,000 jobs.
• Government reduced 15,400 jobs since last June. Local government (down 11,900 jobs) accounted for 77 percent of the job reductions.
• Financial activities (up 2,300 jobs) was the only major industry to report job growth from last June. Finance and insurance rose by 1,400 jobs. Real estate and rental and leasing added 900 jobs.