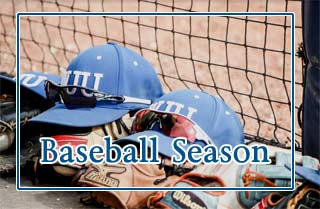 ROCKLIN, Calif. – William Jessup baseball is back and under the new leadership of head coach Trevor Paine. The Warriors will look to continue on their historic run last season, already noticed nationally as No. 13 in the country voted by the NAIA Top-25 Coaches’ Preseason Poll and picked for a repeat in the Golden State Athletic Conference (GSAC) standings as No. 1.

“Being ranked 13th in the country going into the season is a great honor, but we understand that a preseason ranking does not mean anything in the grand scheme of things,” Paine said of his inaugural season. “We are playing a very difficult non-conference schedule and have to get through GSAC conference play, which brings challenges week in and week out. With the parity of the GSAC and moving to a four-game weekend schedule, it is imperative that we stay healthy and take advantage of our deep roster.”

The Warriors will start the season right where they finished, at McBean Park in Lincoln hosting four-straight four-game series on back-to-back weekends starting with this week’s matchup against Corban University on Friday and Saturday.

“I’m incredibly excited to get the season started this Friday. It’s the culmination of all the hard work and preparation both our players and coaches have put in.” He went on to talk about the season-opener against the opposing Warriors, “Corban is a great first matchup for us. They are well coached, play clean baseball, and will challenge us on both sides of the ball. They are very comparable to many of the teams we will see in the GSAC.”

The following week will be the series to watch as they welcome familiar foe, Antelope Valley, the team’s last opponent in the 2018 season who punched their ticket to the World Series in extra innings over Jessup. The early non-conference matchup will be a great Top-25 series to watch as the Pioneers are ranked No. 7 in the NAIA Preseason Poll.

The final set of the four-team homestand will follow with St. Katherine (2/8-2/9) and Oregon Tech (2/16-2/17) before the Warriors head out on the road for GSAC play. The conference moved to four-game series this season, so the teams will be playing a double-header each Friday and Saturday.

Conference matchups will kick-off for Jessup with the only other GSAC member voted in the Top-25, Westmont College, Feb. 22-23 in Santa Barbara where last season they lost the road series (1-2) but held the 4-3 advantage in the season meetings.

Returning home the first of March, the Warriors will start their series against The Master’s with a banner ceremony on Saturday the 2nd to celebrate the 2018 GSAC Regular-Season and Championship Titles.

Another pair of non-conference matchups will be scattered in the schedule as they face Bethesda University on 3/12 for a night game at 7 pm, and the Benedictine University at Mesa will join us 3/19 at 3 pm for a single game.

Conference series will continue for the Warriors with their final home games against Norcal rival Menlo College April 12-13 and ending the regular season on the road against Vanguard University April 24-25 before the GSAC Baseball Tournament April 29th-May 2nd.

In the recent GSAC Coaches Poll, the Warriors were unanimously voted as repeats for this year’s conference title with a majority of the line-up returning under Paine.

In those returning are GSAC Player of the Year and All-American, Austen Swift, All-GSAC and home-run leader Will Law, best conference batting average Joe Starick, All-GSAC Cal Koga and finisher Tyler Fujimoto. In that all-star lineup is Preseason All-American Selections in Swift, Fujimoto and Koga.

“We are very fortunate to be able to return several players from last years team including Preseason All-Americans Austen Swift, Cal Koga, and Tyler Fujimoto.” Paine went on to highlight, “Other key returners include Joe Starick, Will Law, Ashkhon Kuhaulua, Kawai Takemura, Josh Duitsman and Noah Shackles. Veteran leadership is one of the strongest qualities of this year’s team.”

The baseball staff will introduce the new additions to the roster in tomorrow’s release of the 2019 Recruiting Class.