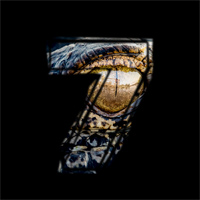 For longtime fans, Caligator 7 is a reimagination of the band on several fronts. The welcome shift has helped unleash songs that come across as more accessible for a broader audience.

Caligator allocated additional time and resources to upgrade studio technology to address some of the challenges they encountered during their last album. Significantly reworked and much improved versions include Man on the Hill and Heal Me for example. In addition, Caligator 7 marks a shift away from the analog world into the digital realm. The result is a album of remarkable depth and clarity.

Weekly practice sessions along with sporadic live gigs in Placer County, has helped band members develop a more intimate musical rapport. A newfound comfort level among the group has helped guitarist, producer and band taskmaster Corky Newman harness and direct the talents of his sometimes riotous band mates. His subtle, but direct approach has paid off, achieving a more disciplined album and also helping each band member reach new heights.

2019 has veteran percussionist, Mark Baker along with bass player Todd Gaudet delivering their tightest and most solid performances to date. Their ability to sync and lock in provides the ideal backdrop for guitar maestro Newman to deliver his unique combinations of rhythm parts and daring, perfectly executed solos. Powerhouse vocalist, Ryan Pingree soars over the mix with a newfound confidence that adds to the album’s vitality. Pingree also snagged his first Caligator writing credit on the lilting rock ballad, “Waiting”.

Caligator 7 marks a turning point in the band’s evolution. To our ears, the album offers a depth unlike any of the band’s previous work, and just might be their high watermark musically and sonically to date. Have a listen for yourself.

Caligator 7 is being released to streaming services soon!