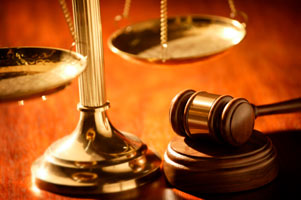 “With Senate Bill 946 we can start seeing sidewalk vendors for who they are – women and seniors, single parents, and micro-business owners taking that first step to starting their own business,” said Senator Ricardo Lara (D-Bell Gardens). “Governor Brown’s signature validates that thousands of sidewalk vendors are an important part of our economy, whose hard work supports their families and gives California its unique flavor.”

SB 946 allows municipalities to establish permit programs for vendors, and they may require sidewalk vendors to obtain a business license and abide by state tax laws, just like other businesses.

Vendors who were previously convicted under local anti-vending laws may petition the court for dismissal of the sentence.

Senator Lara introduced SB 946 in response to stories of arrests and harassment of vendors.

Last year ICE agents detained a sidewalk vendor and mother of four in Rancho Cucamonga after she was arrested for selling corn. An immigration judge ordered her release after community protests.

A recent survey of Los Angeles vendors found that 80 percent are women and many are seniors. Harassment or arrests of vendors strikes at families and at those on fixed incomes.

“I feel very emotional with the news of Governor Brown signing SB 946,” said Caridad Vasquez, a Los Angeles sidewalk vendor and a leader of the Los Angeles Street Vendor Campaign. “Now the thousands of vendors can come out of the shadows and contribute to our economy openly as the small businesses we are. Thank you to Senator Lara for supporting us and moving this bill forward.”