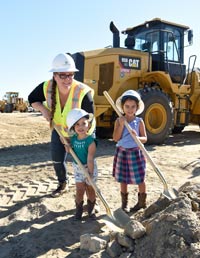 Roseville, CA- The Roseville City School District broke ground on its 20th school, Riego Creek Elementary, on Wednesday, June 26. The ceremony was hosted by Superintendent Derk Garcia and WestPark Communities partner John Tallman, and attended by the RCSD Board of Education, Roseville City Council, District staff and the construction team.

Riego Creek fills the growing need for additional schools in west Roseville as enrollment has increased 45% since 2000. Riego Creek will hold 625 students by it’s projected opening in August 2020. At full build out, the District is expected to reach 25 schools and 16,000 students within the next 20 – 25 years.

RCSD approached the WestPark Communities developer team about accelerating the construction of Riego Creek to provide for an August 2020 school opening – three years ahead of schedule to accommodate growth. This resulted in a unique arrangement between the district and the WestPark and Fiddyment Farm developers. With this partnership, the developers will carry the construction costs for the District until funding arrives from the state. 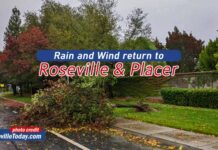