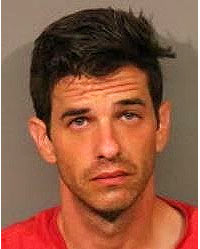 Rocklin, CA- The Rocklin Police have identified Brandon Michael Maberry, age 36 for crimes related to this investigation. On August 8, 2019 Maberry, who is currently in custody in Butte County on an unrelated arrest warrant, was arrested on charges below. The Rocklin Police investigation is still ongoing, however at this time they do not believe any other suspects were involved.

The Rocklin Police Department would like to thank the public for their assistance with providing us information that lead to Maberry’s identification and arrest.

Maberry was booked on the following charges related to this case:

Maberry is being held at the Butte County Jail without bail.