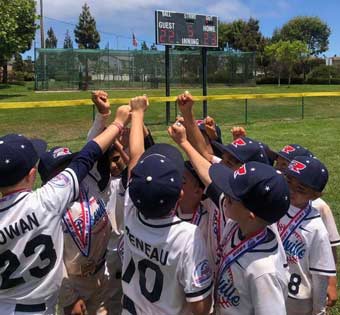 The team put on a show by going 4-0 with an astounding total of 97 runs scored in just 4 games. The championship game was a slugfest with the youthful Roseville All Stars clinching victory in a 23- 22 battle royale.

It was the first ever World Series Championship ever won by the Roseville Pony Baseball league. Congratulations boys!