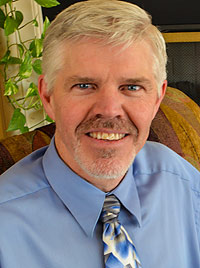 These six principles are founded on medical tradition and scientific evidence and used by naturopathic doctors to diagnose and treat patients.

The first two principles (discussed last article) are to treat the cause (not merely the symptoms) and to do no harm.

The third principle of Naturopathic Medicine is to let nature heal.
Our bodies have such a powerful, innate instinct for self-healing. Its instinct is to heal itself!
A wonderful example of our body’s innate wisdom is seen in a patient’s story of having a distaste for all green leafy-vegetables (spinach, kale, collard greens, broccoli, etc). She reported that she could never even stand the smell of them cooking, much less be able to stomach them. However, when she was pregnant, she craved greens and couldn’t get enough of them! Greens are one of the richest sources of folic acid, which is necessary for proper growth and development of the developing child. Her body knew that it needed more folic acid and sent a very powerful message through a strong craving. Thankfully she listened to these cravings and has six healthy children!

Naturopathic doctors (NDs) can nurture the process of self-healing by finding and removing the barriers, such as poor diet or unhealthy habits. For example, when a patient comes in with beginning stages of heart disease, healing will not occur if he continues on the same path of eating foods high in trans fats and not exercising. In order to give the body a chance to heal, this man must stop harming his blood vessels. The naturopathic doctor could also supplement the diet with powerful, all-natural nutritional supplements to aid in this healing process.

The fourth principle in Naturopathic medicine is to treat the whole person.
We each have a unique physical, mental, emotional, genetic, environmental, social, sexual and spiritual makeup. NDs know that all of these factors affect our health. Instead of giving the same treatment plan to each patient, NDs take the time to hear each patient’s story and really get a sense of what is going on in all aspects of a person’s life. Total health is not just the absence of disease, but also living from a feeling of well-being.

For example, I always ask about relationships. A 70 year old obese patient told me that she resented her husband for losing his business – as they slid from wealth to living in a trailer. I told her that she could make a decision that moment to stop resenting him, and turn her life around. At her next appointment, two weeks later. I asked about her resentment, she said she no longer felt resentful, but instead, she felt more joy and even liberated from this oppressive weight. In the meantime, she had lost 6 pounds in those two weeks.

Simple Tips for Staying Fit during the holidays

Guidelines to Improve Your Immune System