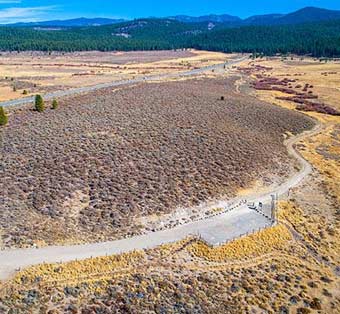 The Martis Valley Trail project in the North Lake Tahoe region reached a major milestone recently as the Placer County Board of Supervisors voted to execute an easement agreement with the U.S. Army Corps of Engineers – allowing construction of this critical reach of the larger trail system envisioned for the region to move forward.

The 10.2-mile paved pathway will connect the Town of Truckee through Martis Valley and Northstar Village and up to the Brockway Summit above Lake Tahoe.

“This project is already seeing major recreational use, and once the trail is complete between Truckee and Northstar it will also provide an alternative transportation route..”

The project is a collaborative project management effort between Placer County and Northstar Community Services District. The Resort at Northstar has also provided needed trail easements.

Washoe Tribe members were consulted to understand their history and concerns. With continuing input from the Tribe, the project will incorporate protections of cultural resources and convey the story of the Tribe’s rich history in the valley.

Majority funding for the project will be provided by local county park development funds and transient occupancy taxes, which were approved by the board earlier this year.

The project will ultimately become part of the Resort Triangle Trail, which, when complete, will connect the communities of Kings Beach, Tahoe City, Olympic Valley, Truckee, Martis Valley and Northstar in a great big loop trail. The trail will be paved and separated from highways and roads to maximize the safety and experience of trail users.

Placer County Parks Administrator Andy Fisher took time in the Board of Supervisors meeting to thank some of the key people who were instrumental in the project including U.S. Rep. Tom McClintock’s office, Col. James Handura and his staff at the Sacramento District of the U.S. Army Corps of Engineers, Northstar Community Services District General Manager Mike Staudenmayer and project engineer Eric Martin.

“This project is already seeing major recreational use, and once the trail is complete between Truckee and Northstar it will also provide an alternative transportation route between local housing and employment centers,” said Fisher. “It’s amazing to be part of a connected regional trail project that has the cooperation of so many partnering agencies. The genesis of this trail goes all the way back to the 1970s when the Tahoe City Public Utility District began building paved trails along the west shore of Lake Tahoe and along the Truckee River. They have since become some of the most popular trails in the nation and have broadened into a multi-state vision to connect all of the communities in the Lake Tahoe area segment by segment.”

Northstar Community Service District has taken a lead role in construction of over a mile of the trail that can be seen today from state Route 267 driving across Martis Valley from Truckee headed toward Tahoe and will continue to manage construction through the Corps of Engineers’ property.

In a related item, the board also approved and authorized the county to execute a funding agreement with Northstar Community Services District for construction of the Martis Valley Trail Project. The county will be responsible for its ongoing operation and maintenance.

The anticipated cost of the trail from the Army Corps’ Martis Creek Lake Recreation Area to Northstar Drive is $8 million. In addition to local sources, the project will be funded by federal and state grant programs.

Connection between the Town of Truckee and Northstar Drive is slated for completion by the end of 2022. 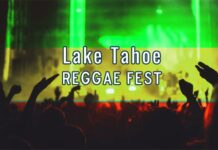 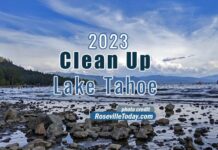 Lake Tahoe underwater plans announced with Clean Up the Lake 2023 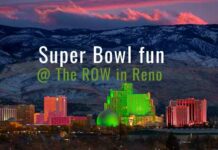 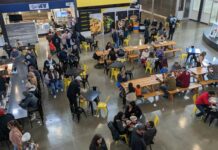