Landmark of the local music scene

Sacramento, Calif.- Harlow’s, one of Sacramento’s landmarks in the local music scene, is proudly celebrating its 40th anniversary of bringing live music, comedy, and art to the local community.

Prior to the venue’s founding in 1982, this building was known as the Hob Nail – a local watering hole.

The Torza family bought the building and created a new restaurant and bar named after one of the family’s favorite actors, Hollywood’s original starlet Jean Harlow.

It was not long after the business’s founding that musicians, comedians, and other performers started taking the stage to put on shows for Sacramento.

Harlow’s jumped into its 40th year anniversary celebration earlier this year by collaborating with Wide Open Walls and California artist Jerremiah Kille to give the venue’s front facade a new mural that connects to the interior decor with its art deco undertones.

Continuing the 40th year anniversary celebration, Harlow’s has collaborated with West Sacramento-based brewery Bike Dog Brewing Co. to create a limited run “Live and Independent” West Coast IPA. The drink commends Harlow’s 40 years of live music and entertainment and was launched on September 20th and is available exclusively at the venue.

Friday, September 23rd with local hip-hop and R&B heavy hitters Nate Curry, Camilla Covington, Basi Vibe, and CHRM kicks off a string of anniversary shows throughout the rest of 2022 including Portland-based post-punk outfit Soft Kill, the reunited Algernon Cadwallader, the hip-hop alter ego of comedian and actor Hannibal Buress and much more that has yet to be announced.

Over the years, Harlow’s has been lucky enough to host artists like Jason Isbell, Kehlani, Jack Harlow, Phoebe Bridgers, Peter Murphy, Tesla, The Lumineers, GZA, and well, you get the idea.

After decades of hosting live entertainment, Harlow’s has become a staple in the Sacramento community and we continue to work diligently to bring world-class entertainment to our beloved city.

The venue ultimately credits its success to Sacramento’s continued passion for the arts, its supportive local community, and our incredible staff members that work tirelessly to ensure that everyone – from artists and performers to every customer that walks through the doors – has an unforgettable experience.

📣 Get Noticed with Roseville Today

Need to share the latest business news and updates with the community? Roseville Today, the community’s leading local website for nearly 20 years in a row can assist. Affordable, fast service for small local businesses. Prices start at just $99.

Roseville Today is an independent, locally owned and community supported business.
NO affiliation with print, politics, or corporate media. 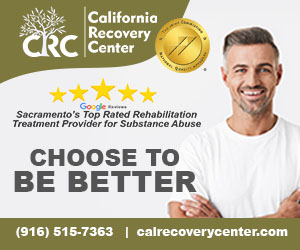 Tahoe Fund welcomes new leaders to Board of Directors

We have NO AFFILIATION with print, politics or corporate media.