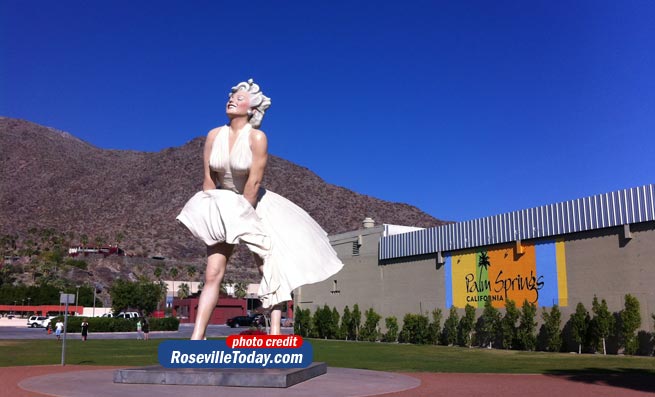 June Total Passenger Counts reached 129,872 setting a record for the month, or a 23% increase over the previous record set in June 2019 when 105,350 total passengers utilized the airport. Additionally, the number of departing flights in June exceeded 2019 by 14%, based on Cirium-Diio Mi data. July and August are currently scheduled to exceed 2019 by more than 24% each.

“We’re not just seeing a return to pre-pandemic numbers and consistent month-over-month gains in our passenger traffic; we’ve set a new passenger record.”

The number of available summer seats from Palm Springs is beating pre-pandemic numbers too.

This month there are nearly 88,000 available departing seats from Palm Springs compared to just over 58,000 in July 2019. An increase of more than 50%. August is scheduled to have a 48% increase in available seats with more than 86,500 for sale to passengers.

“We’re not just seeing a return to pre-pandemic numbers and consistent month-over-month gains in our passenger traffic; we’ve set a new passenger record,” said Ulises Aguirre, Executive Director of Aviation at Palm Springs International Airport. “Additionally, the number of available flights and seats are exceeding what we saw in the summer of 2019. We originally forecasted a return to pre-pandemic numbers sometime in early 2023, but Palm Springs has already reached that and did so sooner than anticipated.”

Palm Springs International Airport sees the rest of the summer remaining strong, and they expect that to continue into the fall and winter thanks to an ever-growing list of new nonstop routes and new airlines.

Twelve airlines now offer flights from Palm Springs with nonstop service to 34 airports in season, which is another record for the Southern California airport. Palm Springs has service to seven new airports starting later this year and another new airline landing soon.

“Greater Palm Springs is on its way to becoming a year-round tourist destination, which has been a long-time goal for the Coachella Valley,” said Scott White, president & CEO of the Greater Palm Springs Convention & Visitors Bureau. “We are excited about the number of visitors we had in June, and we expect July and August to also be strong for our destination. Having Southwest in Palm Springs, along with more flights and new routes, has greatly supported this effort.”

Nonstops from Sacramento to begin