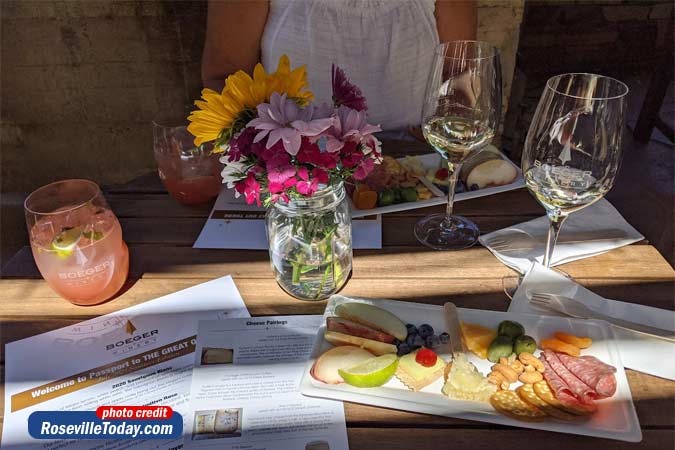 Placerville, Calif.- In 1972, at 29 and 27 years old, respectively, Greg and Susan Boeger planted stakes and started a dream in El Dorado County. In July 2022 the Boegers celebrate 50 years at their winery’s original location on Carson Road in Placerville. The story of their adventure is filled with colorful characters, mishaps, the kindness of strangers, and unimaginable rewards.

Both graduated from UC Davis – Sue with a degree in philosophy in 1967 and Greg with a Master’s degree in Ag Economics and Viticulture in 1968. The timing was good for Greg, as the university was then laying the foundation for a revival and expansion of the region’s wine industry.

Under the tutelage of highly regarded professors Maynard Amerine and Vernon Singleton, as well as Jim Cook and Harold Olmo, Greg witnessed some of the most important developments in the California wine industry. His fellow students included legendary names like Maryann Graff, Zelma Long, and Silver Oak founder and winemaker Justin Meyer (for whom the Boegers’ son, Justin, is named.)

Sue and Greg were both raised in the agricultural mecca of the Sacramento Valley. Greg came to the university with rich experience in farming and a familiarity with wine grapes. Sue had business moxie and a passion for art and philosophy. Greg spent much of his youth in Napa Valley working at the Nichelini Family Winery, established in 1890 by his grandfather Anton Nichelini. At the winery, Greg learned about winemaking, vine tending, and running a business. He also worked summers at his cousin George Boeger’s apricot ranch in San Jose. There he drove tractors, forklifts, and trucks, maintained and repaired equipment, and learned the basics of farming. Sue, a daughter of a respected Sacramento surgeon, was the little sister of Greg’s best friend, who lived across the field from the Boeger family. Sue and Greg married in 1967.

Boeger means “Archer” in German, and as the name implies, Sue and Greg set their sights directly on the wine business. In 1972 they left their comfortable government jobs – Greg as an agricultural statistician and Sue as a social worker – and looked for vineyard land. After reading an article in the Sacramento Bee in which county Ag Commissioner Ed Delfino and farm adviser Dick Bethell extolled the potential of wine-grape growing in El Dorado County, the two contacted Delfino for help finding property. He led them to pear farmer Elmo Fossati, who was willing to sell his orchard, which held a gold rush-era winery and a distillery operated by the Fossati family from the 1860s to the 1920s. Greg and Sue bought the property in 1972, decades after the last winery in the county was shut down due to Prohibition.

Greg’s first vineyard plantings were Merlot, Cabernet, and other traditional varietals, though he became a pioneer in his own right by experimenting with obscure varietals. “With the varying exposures and slopes with elevations from 2150′ to 3000′ in our vineyards, I figured I could grow anything” says Greg. He planted Barbera, Carignane, Refosco, Charbono, Flora, Aglianico, Tempranillo, and Graciano: most of which are still on the estate today. Longtime friend Darrell Corti, a world traveler and owner of Corti Brothers Market in Sacramento, encouraged Greg to plant unique Italian varieties such as Negroamaro. Negroamaro is now one of the most popular releases at the winery.

Especially appealing to Sue was the property’s proximity to the farms of the newly formed Apple Hill Growers Association. The Association brought thousands of tourists right past Boeger Winery. After running the ranch for a while, Sue returned to college at Sacramento State University and studied business and finance. At the winery, she instituted professional accounting practices, computerized the business, established the tasting room, set up a local and national sales network, and managed the staff.

In the 1980s Boeger Winery took honors all over the wine world, helping raise awareness of El Dorado County and Sierra Foothills wines. In 1983 Boeger received the American Champion Merlot Award from the largest wine magazine in the United States at the time. The Boeger wines were poured at the Four Seasons in New York for an A-list of entertainment luminaries. Boeger’s Merlot was poured twice at White House state dinners – once for the prime minister of Japan and once for the president of Algeria. Boeger’s 1980 Zinfandel was selected for all events surrounding Queen Elizabeth’s 1984 California tour.

All in the Family

Sue and Greg’s children, Justin and Lexi, were born and raised on the ranch, and both play significant roles at the winery today. Justin received his degree in fermentation science at UC Davis and interned at two wineries in Germany’s Franconia wine region: Staatlicher Hofkellerei Würzburg and Julius-Spital. He became Boeger’s full-time winemaker in 1998. Justin produces a portfolio of Spanish and Italian varietals that receive consistently high marks from national critics He says “My goal in winemaking is to make a wine that truly reflects its own personality as it was developed by our individual soil; a wine that tastes like no other wine in the world.” Greg gives credit to Justin for keeping the brand relevant.

Lexi, a multimedia artist with a degree from UC Davis, is the winery’s art director. She recently updated all packaging to better acknowledge the strong image of the “Archer’s” arrow. Lexi is also active in the El Dorado Winery Association and El Dorado County Board of Supervisor’s Community and Economic Development Advisory Committee.

In 2018 Greg was honored by the California State Fair with the Wine Lifetime Achievement Award, which each year goes to two pioneers in the California wine industry. The fellow honoree that year was the Bogle family. Past recipients include, Paul Draper, Warren Winiarski and Robert Mondavi.

In the 2020s, Sue limits her involvement at the winery to big-picture business decisions. She reflects on the impending anniversary as “something quite amazing.” Greg is still in the field full-time and responsible for all farming. He loves being in the vineyards with his crew and his tractors, especially in spring when he can run his old D2 Caterpillar. He remarks, “There is something primordial and grounding in this spring ritual that goes back to the inception of agriculture and the growing of crops. It has a satisfying and calming effect on the soul.”

Greg and Sue continue to work with and support the local Chamber of Commerce and Ag Commission, as well as Family Winemakers of California, the Wine Institute, and the Apple Hill Growers Association. In 2021 the winery saw 30,000 guests. Boeger Winery currently offers 26,000 cases of 15 wines made from 33 grape varietals.

A winery open-house celebration is planned for July. 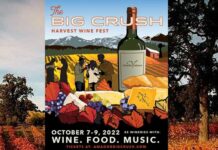 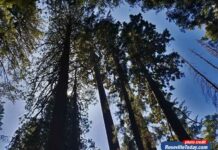 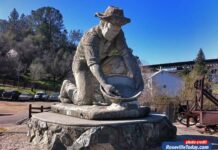