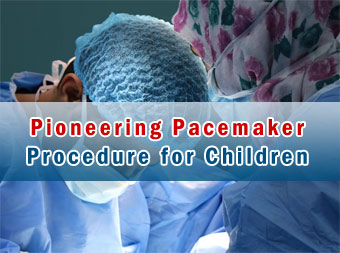 Sacramento, Calif.- UC Davis pediatric electrophysiologist Dan Cortez placed two objects onto the table in front of parents Courtney and Owen Clark. They had a decision to make for their 10-year-old daughter Avery: Which pacemaker should she receive?

One was a size of a matchbox. The second was the size of a pill.

“The choice was pretty straightforward. We wanted the smaller one, without all of the leads and cords. It could be implanted directly into her heart without surgery,” said Owen Clark, whose daughter was diagnosed with a rare mitochondrial disease that has impacted other organs. “Why would anyone choose the other one?”

The Clarks feel grateful to have had the choice, especially a minimally invasive option. Avery had been hospitalized with an unexpected diagnosis of Type 1 diabetes when they learned that her heart blockage had worsened.

“No one else in the world is doing this minimally invasive procedure in the smallest patients. No surgery. No long recovery times.”

Cortez is the world’s leading expert for his unique, minimally invasive procedure on children. He came to UC Davis Health in the fall of 2021, only a month before Avery required a pacemaker.

Pacemakers are typically placed in children who have congenital complete heart block, a rare condition that affects 1 in about 15,000 to 22,000 children. Most traditional pacemakers are surgically implanted through the chest to the outside of the heart, then connected to the heart by leads.

The Micra is different. It’s the world’s first leadless pacemaker, and was approved by the Food and Drug Administration in 2016. Cortez trained on the device as soon as it was released. He performed more than 15 of these procedures at the University of Minnesota’s Division of Pediatric Cardiology prior to moving to UC Davis Health.

Many physicians in Northern California are trained to implant the device in adults through the leg vein. However, Cortez is the first to have implanted the device through the internal jugular vein, located on the side of the neck, confirmed the device’s vendor.

“Avery had the smallest incision and recovery was minor,” Owen Clark remembered. “Dr. Cortez did the placement just right and the heart absorbed it.”

Now Avery has been fully cleared for all physical activity. Ever since the procedure, her teachers have noted a marked improvement in her energy level at school, said Courtney Clark, Avery’s mother.

The pacemaker is implanted into the heart and the device is expected to last through childhood. Its lifespan will depend on how often Avery needs pacing, which is when the machine sends an electrical signal to her heart to normalize her heartbeat. The more pacing, or electrical signals are required, the more quickly the battery will wear down.

Technology for the smallest patients

Avery was the first of only three children to receive this procedure at UC Davis Children’s Hospital so far.

When a 2-year-old patient was airlifted to Sacramento for burn care from rural Mexico in December, doctors discovered she had a complete heart block and needed pacing. Due to the burns sustained on her chest and back, it was impossible to surgically implant a traditional pacemaker.

Cortez, however, used the new implant technique through the internal jugular vein to deliver the Micra pacemaker. Weighing only 24 pounds, this patient is the smallest person to have ever received the leadless pacemaker.

Now the patient is back home in Mexico and Cortez can monitor her pacemaker remotely to ensure it is still working between routine in-person checkups.

“It’s very rewarding to be able to help children and families when they need a pacemaker using this advanced technology,” Cortez said. “No one else in the world is doing this minimally invasive procedure in the smallest patients. No surgery. No long recovery times.” 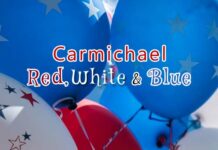