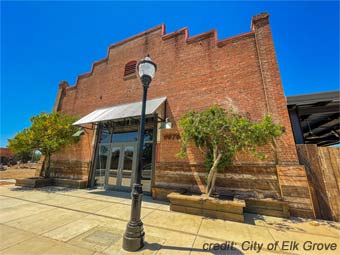 Elk Grove, Calif.,- Dust Bowl Brewing Co. recently announced recently plans for a third taproom located in Elk Grove, California. The company has chosen to expand in the resurging Old Town Historic District, about an hour north of its brewery in the Central Valley community of Turlock. The new taproom will be located at 9676 Railroad Street and is expected to open in the fall this year.

As Sacramento County’s second largest city, Elk Grove has a population of 178,000 residents. The City along with developer D & S Development have invested millions in recent years to rehabilitate the infrastructure supporting the revitalization of the Old Town area. The new taproom is located within walking distance of the City’s new open-air pavilion where farmer’s markets, food trucks and outdoor concerts are planned.

“Having a brewery of Dust Bowl’s stature will be a wonderful addition to the atmosphere and vibrancy we are trying to create in Elk Grove.”

“We are excited to welcome Dust Bowl Brewing Company to Elk Grove,” said Elk Grove Mayor Bobbie Singh-Allen. “We believe they are a great fit for the historic building and the community. The City showed tremendous leadership,” the Mayor continued, “when we purchased these properties, envisioned this kind of project, partnered with D & S, and invested in the public infrastructure necessary for a project like this. Without the City’s vision and investment, we would not be here today,” she said. “Having a brewery of Dust Bowl’s stature will be a wonderful addition to the atmosphere and vibrancy we are trying to create in Elk Grove. It will be fun for locals to have another great craft brewery experience, and certainly an attraction for visitors as well.”

Estimated to be over 100 years old, the future taproom building is primarily made of exposed brick. The space was historically used as a warehouse for storing wine grapes being transported by rail in the early 1900s. Dust Bowl was drawn to the building because of its historical charm and relevance to its Dust Bowl-era brand roots. The growth and development in the area also weighed heavily in the decision to expand in Elk Grove.

The overall interior area measures just under 6,000 square feet, with approximately 3,000 square feet of customer space. The inside will offer 30 taps featuring Dust Bowl beers and seltzers, banquette and lounge seating, bar rails and some traditional bar seating. Additionally, there is an enclosed private event space that will be available for rent. It will be well appointed for special occasion bookings.

There will also be several outdoor settings for patrons. The covered patio will offer comfortable couch vignettes, overhead fans for warm days and heaters for cooler weather. Communal picnic table seating, fire pits and a turf area for corn hole will extend out to the open-air section, which is surrounded by railroad tie fencing. A separate 30 tap tower will service outdoor guests. The patio and open-air space measure nearly 7,000 square feet, making it one of Elk Grove’s largest outdoor options. Televisions will be located inside and out. The décor and furnishings will resemble the brand personality established at Dust Bowl’s other taprooms in Turlock and Monterey, California. Beer fans can expect oversized images from the Dust Bowl era, mixed finishes of wood and metal, and ample seating options all working together to create a cool experience. To-go beer and retail items, such as tees, hats and glassware, will also be available.

“While we had hoped to open a new taproom in 2020, those plans were put on pause while we all weathered the impact of the pandemic,” shared Brett Honore, Owner, Dust Bowl Brewing Co. “We used the time wisely to conduct further research and are excited with our decision to expand in Elk Grove. It’s in close proximity to our brewery in Turlock, which makes delivering fresh beer on a regular basis easy to execute.”

“We’ve been selling our beer in the Sacramento region through the on- and off-premise channels for nearly 10 years, so there’s already consumer awareness of our brand in the area,” commented Brett Tate, Founder/Owner, Dust Bowl Brewing Co. “When we discovered the site opportunity, we knew the building was an ideal compliment to our branding and perfectly located in an up-and-coming area. Our goal is to create a social and comfortable atmosphere to enjoy our local craft beer.”

Dust Bowl Brewing Company’s portfolio currently features 14 year-round beers and 14 specialty rotating beers, along with an ever-changing array of draft-only releases ensuring there’s always something new and interesting to explore while visiting any of Dust Bowl’s taprooms. Some of the Central Valley brewery’s most well-known brands include Hops of Wrath IPA, Therapist Imperial IPA and Taco Truck Lager. Dust Bowl Brewing Co. moved into Regional Brewery status in 2020 with a record 16,500 barrels of beer produced for the year. The brewery now ranks among the top 2.4% of craft breweries in California, the most competitive state with 958 craft breweries. 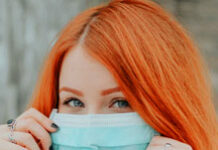 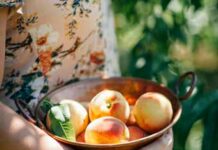 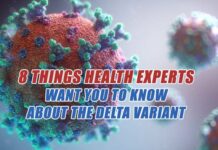 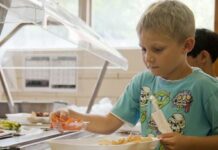