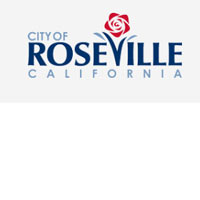 Roseville, CA- Moving to district-based elections for City Council from at-large elections is a change that the City will move toward after a vote by the Roseville City Council at its August 21 meeting.

The decision to adopt a “district-based” election format isn’t due to a philosophical change by the City Council. Rather it’s a strategic, proactive move to potentially save the city millions of dollars in legal fees.

The change is motivated by recent lawsuits against other California cities related to the California Voter Rights Act (CVRA). The CVRA allows for the suing of cities where an “at-large” election system is alleged to have impaired the ability of a protected class to elect candidates of their choice or their ability to influence the outcome of an election.

To date, no public agency that has fought to remain in an “at-large” voting system has won a legal challenge, costing millions in legal fees. The costs to litigate a CVRA challenge can be tremendously high since a city must pay the plaintiff’s legal fees if the city is unsuccessful. In some cases, plaintiff’s legal fees have been as high as $4.5 million.

The City Council felt it prudent to proceed with the “district-based” format given this historical precedent.

Why are we looking at this now?

Hundreds of cities, special districts, and school districts throughout the state have received a “demand letter” in the past decade from law firms alleging that the method of electing their officials through an “at large” system as opposed to a “by district” system violates the California Voting Rights Act. Failure to voluntarily switch to district elections results in litigation. Cities in the Capital region have begun receiving these demand letters in the past year.

What is the California Voting Rights Act (CVRA)?

The CVRA provides the ability for members of a protected class (race, color or language minority group) to sue cities where an at-large election system is alleged to have impaired the ability of a protected class to elect candidates of their choice or their ability to influence the outcome of an election. Per Roseville’s Charter, the City’s elections are at-large.

Why didn’t we debate the merits of at-large versus district-based elections before the decision was made?

Regardless of whether the City agrees with the allegations, there is no public agency that has successfully defended an “at-large” method of election, when challenged under the CVRA. That’s because under the law, plaintiffs bringing a CVRA lawsuit have a low bar to meet in order to prevail. They do not have to establish discriminatory intent or historical discrimination. In addition, a prevailing plaintiff is entitled to reasonable attorneys’ fees and litigation expenses, and a prevailing defendant usually cannot recover any costs.

What if our community is philosophically opposed to district-based elections?

The decision to go to districts isn’t a philosophical one, it’s a financial one.

These amounts exclude the city’s own legal fees which can be comparable and which doubles the costs of litigating. All of these factors have driven some cities to agree to switch to district elections rather than defending a lawsuit. These are not the kinds of odds that Roseville wants to bet on when we have many other priorities and expenses.

Additionally, if the court finds a CVRA violation, the court has the authority to impose district-based elections and to determine district boundaries with input solely from the plaintiff’s attorney and consultants, effectively removing this authority from the City Council and the community.

Finally, even if the public agency successfully defends a CVRA lawsuit, that success does not bar a subsequent challenge under the CVRA by a different plaintiff.

What does it cost to go to district-based elections?

It will cost much less monetarily than fighting a CVRA lawsuit. Costs of approximately $100,000 include the recurring additional cost to be paid to the County Registrar of Voters for handling a district-based instead of at-large election and the cost of a demographer to draw the district boundaries.

Why doesn’t Roseville just wait to get the demand letter from an attorney before moving to district-based elections?

There are several advantages to taking action before receiving the demand letter. 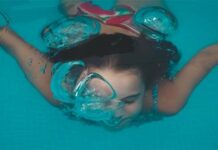