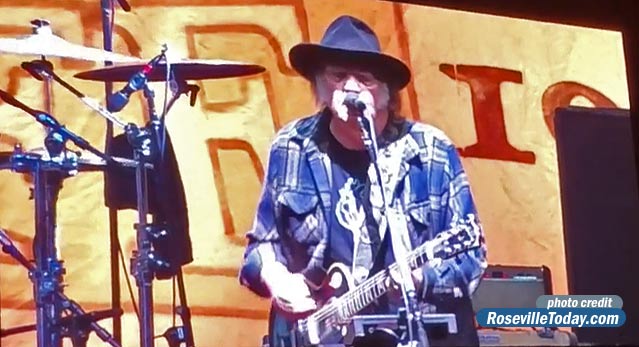 Roseville, Calif. – The year was 1971, arguably the greatest year in rock n’ roll history. High above the Bay Area at his sprawling Skyline Blvd ranch, a 26-year-old Neil Young would convene a star-filled ensemble to create one of music’s most enduring albums, Harvest. The album would go on to become 1972’s best selling album included the #1 hit Heart of Gold and is considered by many to be the musical apex of Neil’s career. The good news is that Neil had the cameras rolling.

The Harvest album would include musical guests such as James Taylor, David Crosby, Graham Nash, Linda Ronstadt, Stephen Stills, and the London Symphony Orchestra. The album is a nonstop tour of classic Neil Young. Harvest Time offers a view into the creative process.

On December 1, 2022, Harvest Time, A film from 1971 will be coming to local theaters in Roseville, Rocklin, Folsom as part of a worldwide cinematic release. Encore showings will take place on December 4, 2022. Harvest Time will provide fans a chance to take a step back in time to watch part of the process that went into creating an iconic and influential album.

Tickets are availabe online at https://www.neilyoungharvesttime.com/