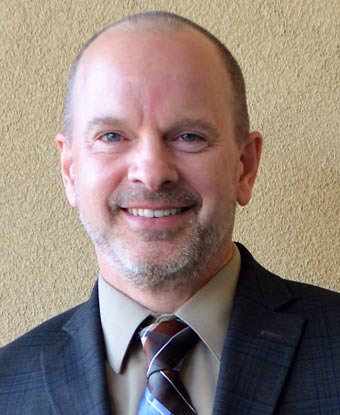 Beans is currently the Director of Redding Electric Utility, where he’s worked since 2005. He participated in a highly competitive, national recruitment for this position and stood out for successfully implementing strategic and integrated resource planning, organizational and leadership development, and experience with the technical, regulatory and political aspects of municipal electric utility management and operations.

“Dan is a leader in the industry and a seasoned municipal leader of an electric utility.”

In 2017, Beans was appointed to his current position. He began his career with Redding Electric Utility in 2005 as an electrical engineer, and has worked in all aspects of the utility in the years since. Prior to that he worked for more than a decade in engineering firms in the private sector.

Beans is currently the vice president of the California Municipal Utilities Association, board member of the American Public Power Association, and commissioner for the Balancing Area of Northern California.

“Dan is a leader in the industry and a seasoned municipal leader of an electric utility. His passion for public service and people came across through the process and was inspiring,” said City Manager Dominick Casey. “The perspectives and insights he brings will ensure our staff is able to continue delivering the highest level of service to our community.”

As Roseville’s Electric Utility Director, Beans will lead an electric utility founded in 1912, one of only a handful of municipally owned utilities in the state. He will oversee an award-winning utility known for reliability and value, which receives ratings significantly higher than the national average from its customers. He will oversee Roseville Energy Park, a 160-megawatt natural-gas fired generation facility that can meet 40 percent of customers’ needs, while the remainder of the utility’s energy portfolio comes from hydro, wind, solar and geothermal sources.

Beans is a registered professional electrical engineer who earned a master’s degree in public administration from National University and a bachelor’s degree in physics-engineering from Point Loma Nazarene University.