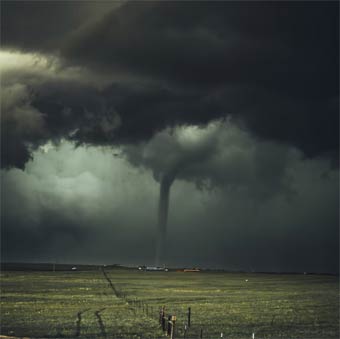 The EF-0 rated twister hit in the area of Market Street which is located just off Pleasant Grove Blvd. around 6:15 in the evening.

The dark, swirling, and ominous looking clouds quickly captured the attention and concern of area residents as they plodded through the region unleashing bouts of rain and hail. Many flocked outdoors to witness the rare weather event and capture photos of potential twisters touching down.

South Placer County, located in one of the sunniest regions in the United States is known for calm and mostly uneventful weather patterns. Forecasters are predicting more unsettled spring weather over the next week as a series of storms push rain and snow through Northern California.

Roseville is a community of nearly 125,000 residents located 20 miles outside of Sacramento, CA.