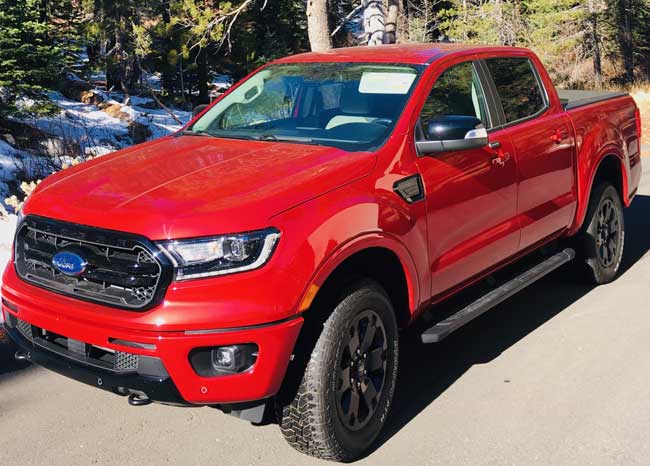 Roseville, CA- A top-selling truck for nearly three decades, the Ford Ranger was a major cash cow for the iconic American automaker.

Ford had decided to discontinue the popular Ranger and put more of an effort in promoting the full-sized F-150 and other F-Series trucks. But those plans were eventually shelved when Ford discovered the F-150 was deemed larger and more expensive than many perspective truck owners desired.

Hence, the return of the Ranger in 2019 following its seven-year hiatus. The rewards were immediate when the Ranger posted sales of 89,571 last year, making it the eighth best-selling truck. Sales will be even better for 2020. With one month remaining, Ranger sales are approximately 91,000.

The “new” Ranger attracts buyers because its solid in everyday driving situations and can also become a rugged vehicle that’s comfortable on dirt, sand or navigating over rocks in its optional off-road mode. Overall, the Ranger is considered a good truck with a powerful engine, handles well and is fuel efficient (21-26 mpg), a figure that far surpasses the larger F-Series trucks.

Since it only resurfaced a year ago, there’s little that’s new regarding the 2020 Ford Ranger. Minor revisions were made to its standard features and the Ranger now comes with an FX2 off-road package that includes an electronic-locking rear differential, tuned shocks, skid plates, crawl control, off-road display on the instrument panel display, knobbier tires, and underbody protection.

What Ranger owners will immediately notice is performance and overall handling. It’s a truck that gets going in a hurry and has the overall handling that makes it enjoyable to drive. The Ranger can tow 7,500 pounds and haul up to 1,860 pounds of payload.

The Ford Ranger has one engine, a turbocharged 2.3-liter, four-cylinder engine that produces 270 horsepower and 310 pound-feet of torque, and is paired with a 10-speed automatic transmission. The rear-wheel drive (all-wheel drive is optional) Ranger travels 0-60 mph in 7.0 seconds, but honestly feels faster.

What might not appeal to some is the Ranger’s interior storage. There’s limited storage underneath the rear seat, and the one-piece bench won’t accommodate three passengers in the SuperCab models that have a 6-foot bed, SuperCrew versions seat five passengers and are 5-foot in length.

Seating is comfortable with 8-way power adjustment for both front seat occupants. Second row seating is more upright and will be tight for larger adults. A center console and door cubicles provide additional storage.

The cabin is simply laid out with an intuitive feel. There’s an 8-inch touchscreen and the Ranger employs the user-friendly Ford’s Sync 3 platform. There’s separate climate and stereo controls; Apple CarPlay, Android Auto are standard.

Judging by sales, it’s obvious that truck lovers missed the Ranger during its absence. The 2020 Ford Ranger is a solid midsize pickup that has terrific performance, good handling, and features an appealing optional off-road package.