Mention poverty, abandoned neighborhoods, derelict buildings, dirt cheap housing and pollution in the same sentence and most people assume the next sentence will include the word Detroit or some other U.S. city of lost opportunity.

However, during a recent exploration to Southern California’s Coachella and Imperial Valleys, we ventured into the now mostly abandoned communities surrounding the Salton Sea.

Towns and neighborhoods that once played host to celebrities and desert weary travelers are now nothing more than virtual ghost towns with scattered residents struggling to survive among this former desert oasis.

At nearly twice the size of Lake Tahoe, the Salton Sea is California’s largest lake with a surface area at nearly 350 square miles, all created by an engineering snafu in 1905.

Our adventure to the Salton Sea was an eye opening and fascinating experience. Prior to the trip, we were ignorant on all aspects of the Salton Sea. A huge lake on a map, detailed our complete knowledge.  Having no preconceived expectations on what we would see or experience allowed us to find much appreciation for the beauty and history of the Salton Sea.

Driving at a snail’s pace through areas that were home to abandoned marinas, stores, schools and mostly empty neighborhoods, the silence and solitude let our imagination take us back to the 1950’s and 1960’s when the Salton Sea was a thriving real estate market, bustling with residents, boaters and tourists. Recounting our visit with a friend, he aptly remarked that it’s like “Detroit of the desert”.

The Salton Sea demise has been attributed to a variety of factors. Combine an almost stagnant lake high in salinity baking in the hot desert sun along with agricultural fertilizer runoff and algae blooms and you begin to see how quickly this former resort turned environmental disaster unfolded. To make matters worse, tropical storms in the 1970’s flooded communities that were barely sustainable beforehand and were simply abandoned.

While some predict California’s largest lake will dry up and become more of an environmental disaster as the toxins lying on the lakebed will become airborne and inundate major sections of Southern California, others remain hopeful that a solution for the Salton Sea will eventually come to pass and that a brighter future lie ahead.

The Salton Sea faces monumental challenges if it is to ever recover and it appears political determination will decide its fate.

While many problems face the Salton Sea and the beleaguered communities that surround it, the Salton Sea is a worthwhile day trip on your next visit to Coachella Valley and opportunity to see California’s largest lake before it’s gone. 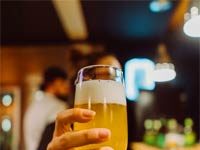 Visiting Carmel on a Budget

Top 8 Reasons for Thanksgiving Gratitude in 2020