Rocklin, CA- This bridge spans Clover Valley Creek in Clover Valley Park. It is the largest of the twelve granite bridges on the road that connected Joel Parker Whitney’s Spring Valley Ranch with downtown Rocklin.

Whitney’s diary says that he built his bridges in the mid 1880s while converting 40 acres of his 20,000 acre ranch into a baronial estate for his wife Lucy and their three small children. Total cost for the bridges was $6,826.

The high quality of the workmanship indicates that the bridges were constructed by skilled stone cutters, but Whitney might also have employed Chinese laborers, possibly including some who had escaped from South Placer communities, including Rocklin, in the Chinese purges of 1877.

The source of the granite in Whitney’s bridges is unknown, although one old timer remembered that there might have been a granite quarry on the northern part of the ranch near the northern end of today’s Whitney Oaks Drive.

From this bridge Whitney’s road mounted the steep ridge to the west via a switchback and proceeded down the west slope. It bisected the granite boulders at the rear of today’s Granite Oaks Middle School, and then proceeded over relatively flat terrain to Whitney’s mansion called The Oaks. The road then headed for Penryn and Lincoln. The last two of the twelve Bridges are on the Catta Verdera Golf Course.

The Oaks mansion was on today’s Knoll Court above Mansion Oaks Park. A plaque at the end of the court marks the spot. 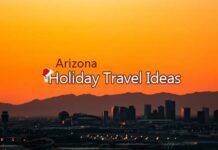