Monterey, Calif., – The city of Monterey marks its 250th anniversary on June 3, 2020. While previously scheduled June events are currently on hold, the city’s historic buildings and iconic businesses are waiting to be explored by both those near and far when the time is right. The sestercentennial celebration will continue throughout 2020 with a focus on Monterey’s storied history and looking towards its exciting future. Take a step back in time to commemorate the 250th anniversary through landmark attractions that are cherished by locals and visitors alike.

Monterey served as California’s capital until 1849 and it is home to the iconic spot where the American flag was first raised over California. Step into the past with a self-guided tour of Monterey State Historic Park’s two-mile “Path of History.” The path features 55 historic sites including the history of some of California’s firsts and its most historic homes and buildings. Simply follow the yellow tiles in the sidewalks or opt to do a cell phone tour for a more in-depth experience. Twelve buildings located along the path, including the Custom House, the oldest government building in California, showcase the city’s rich heritage.

When it comes to the culinary history of Monterey, clam chowder has been a longtime staple, particular highlighted in historic Old Fisherman’s Wharf, which celebrates its 175th anniversary in October. One of its most historic eateries, Old Fisherman’s Grotto, was founded in the 1950s by Sabu Shake, Sr., and offers fresh seafood, steak and pasta with scenic Pacific Ocean views in the heart of the Wharf. The family eatery has become one of the most beloved restaurants on the Monterey Peninsula and ships its Monterey-style clam chowder for at-home enjoyment – just add sourdough bread bowls!

Located in the former 100-year-old Regency Theatre, the Alvarado Street Brewery & Grill offers over 20 beers that are brewed on-site. Owner and brew master, JC Hill, teams up with executive chef, Delfino Xicotencatl, to develop a menu that matches the flavors and aromas of its beers with locally sourced fare. When the time is right, venture to Old Monterey to enjoy a meal on the brewpub’s shaded sidewalk patio overlooking Alvarado Street or grab a seat in the adjacent beer garden. In the meantime, the Monterey brewpub is open for curbside service and is offering a new takeout menu featuring burgers, daily meal specials and beer to-go.

From the 1920s to 1960s, several auto-related businesses lined the streets of downtown Monterey. The walls that are now filled with Old Capital Books’ large selection of 35,000+ titles were once the home of Bill’s Garage, Stoops Auto Repairs, Mission Motors, Tom’s Muffler Service and Ernie’s Mufflers. The building has since been everything from a dance to marital arts studio and officially became a bookstore in 1999. To continue serving the literary community during the COVID-19 pandemic, owners Ali Elfaki and Stephanie Spoto created book care packages featuring personally selected books and unique gifts.

As the original home of an American sea captain who settled in Monterey during Mexican rule in the early 20th Century, Cooper Molera is a historic landmark that showcases residential life in the cities early days. The site includes two adobe homes, an adobe warehouse, restored barn complex, beautiful gardens and corner store transformed into a trendy bakery and café, Alta Bakery. Explore the grounds, visit the museum, book an event and enjoy freshly made pastries and seasonal bites including obligatory avocado toast, a quinoa bowl or delectable pizza.

During World War II, Monterey became the “Sardine Capital of the World” as it fed a world at war with the wholesome Monterey sardine. The Monterey Cannery & Warehouse, located at 700 and 711 Cannery Row, was once one of the bustling sardine canneries that lined Cannery Row. Today, the historic cannery is filled with boutique shops and restaurants. Take a deeper dive into the history of marine life surrounding the Monterey Peninsula with a visit to the Monterey Bay Aquarium once it’s safe to explore this world-renowned aquarium again. 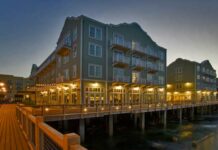 Experience Monterey and Cannery Row in a New Light 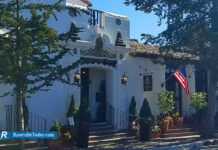 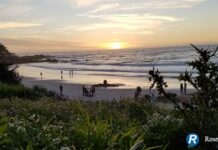 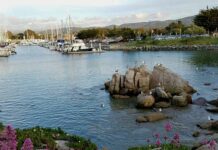 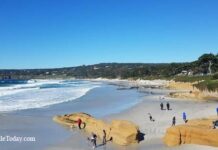