Rocklin, CA,- Derived from the word Moksha which equates with ultimate freedom and liberation in Indian philosophy and religion, we found ourselves perched in Rocklin, California at Moksa Brewing Company embracing a little liberation that arrives in the form of an early weekend. Happy Friday!

We eagerly awaited the opportunity to sample the latest entry in the thriving craft beer market that has descended upon the Placer and Sacramento region.

Recently opened Moksa Brewing is located at 5860 Pacific Street in Rocklin has taken over the former Dragas location. The architecture of the building houses an enormous wall of glass windows delivering a bright, open space while deftly combining both an upscale feel with a more traditional craft beer hall environment that delivers appeal to craft beer lovers of all stripes.

The staff are casual, friendly and love to talk beer.

If you enjoy stouts, Moksa is a must visit and has some of the best stouts we’ve come across. The Bisco Stout which comes in at a hefty 12% ABV is a wonderfully creamy and smooth sipping beer full of flavor without the strong alcohol taste often associated with many Imperial Stouts. A combination of toasted almonds, cacoa nibs, vanilla and cinammon are easy to pick out in each sip and serve up the perfect level of sweetness.

Another heavier sipper coming in just over 11% ABV,this Imperial Stout with roasted cacoa nibs is a little gentler on the palate than the Bisco. We noted the distinct roasted flavor which shines through nicely for an enjoyable stout.

Hands down among the best mocha milk stouts we’ve ever tried. Nitrogenized with a low ABV of 5.2% might remind you of that popular Irish beer, but that’s where the comparison ends. The Cafe Moksa is an ultra smooth and light everyday type of beer that is full flavored from start to finish. Perfect when it’s time to go grab a quick beer with friends. If you’re new to stouts, this is the one to try!

The ever popular IPA category had us first sampling Hop Collage. A tasty IPA at 7% ABV, it was light and refreshing with a nice balance of hops to remind you it’s an IPA while not overpowering your taste buds.

A Hazy IPA registering an ABV of 6.7%, is an aromatic, boldly hoppy beer with a touch of bitter notes commonly found in IPAs.

This 8.2% ABV Hazy Double IPA packs a little more punch and is a well rounded Double IPA. It includes a fruity aroma with a strong character of tasty hops. Smoother on the palate with a cleaner finish, this Moksa brew was our favorite in the IPA category.

Moksa Brewing Co. has done an excellent job out of the gate bringing together experienced brewing experts, friendly knowledgeable staff and paired that with a convenient location and lively environment in thriving Placer County to serve up some of the best craft beers around. We see that as a combination poised for success and look forward to going back for a couple cold ones! 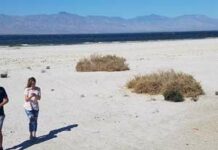 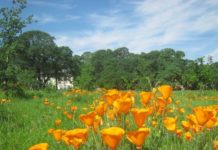