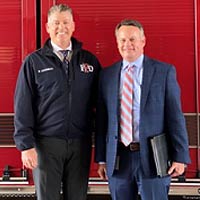 Fairfield native comes from a long line of firefighters

Fairfield, Calif.- City Manager Stefan Chatwin has appointed Matt Luckenbach as the new fire chief for the City of Fairfield. Luckenbach will succeed Chief Anthony (Tony) Velasquez, who is retiring after 30 years of service on December 30, 2021.

“I’m very grateful for the privilege of serving here as Fairfield’s fire chief since 2013. I support City Manager Chatwin’s decision and am confident Matt will provide great leadership. I wish him the best moving forward,” expressed Chief Velasquez.

Luckenbach was born in Fairfield, graduated from Fairfield High School in 1990, and began his service in 1992 as a volunteer firefighter. In 1998, he was hired full-time and has served as a firefighter, engineer paramedic, captain, battalion chief, and most recently as deputy chief.

“Matt has deep roots in Fairfield. He has worked his way up the ranks through hard work, leadership, and commitment to the profession and this community,” stated Chatwin. “We are grateful for the many years of leadership provided by Tony Velasquez. I am confident that Matt will continue to build upon the successes of those who have paved the way before, while taking the Fairfield Fire Department to the next level and beyond in serving and protecting this great city.”

Matt comes from a long line of firefighters with ties to the Suisun and Gordon Valley districts and served as lead on many projects, including training, health & wellness peer support, and advancements in fire suppression. During the LNU Complex Fire, Matt served as Incident Commander. Under his watch, no homes or lives were lost.

As Deputy Chief, Matt has made significant strides in developing mutual aid and relationships in the region.

“I am humbled and honored to be appointed as Fairfield’s next fire chief. As a Fairfield native and longtime member of the department, I understand the history of this community, and I feel very capable of leading us into the future,” Luckenbach stated. “I am excited to take the reins of one of the finest fire departments in the region.”

An official pinning ceremony will take place in January 2022. 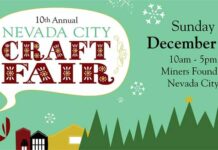 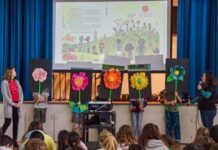