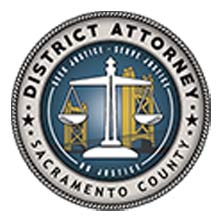 Sacramento, CA- Steven Wilson was convicted by a jury of the first-degree murder of Lora Hoagland. The jury also found true that Wilson personally used a knife in the commission of the murder.

On January 26, 2020, Ms. Hoagland was on the American River bicycle trail when she encountered Wilson and his ex-girlfriend. Ms. Hoagland appeared to be in distress, so Wilson wrapped his jacket around her, carried her off the bike trail and set her down under the railroad overpass.  Without warning, he then pulled out a knife and stabbed Ms. Hoagland in the chest and neck.  Ms. Hoagland bled to death at the scene of the crime.

Wilson’s ex-girlfriend reported the crime to the police. The Sacramento Police Department recovered the knife, which had Wilson’s and the victim’s DNA on it.  When Wilson was arrested, he had the jacket that he wrapped around the victim with the victim’s blood on it.

Allegations that Wilson has two prior strike convictions for robbery will be determined at sentencing.

Wilson faces a maximum sentence of 61 years to life in prison.  Sentencing is set for April 9, 2021, at 9:00 a.m. in Department 10 by the Honorable Ernest Sawtelle.