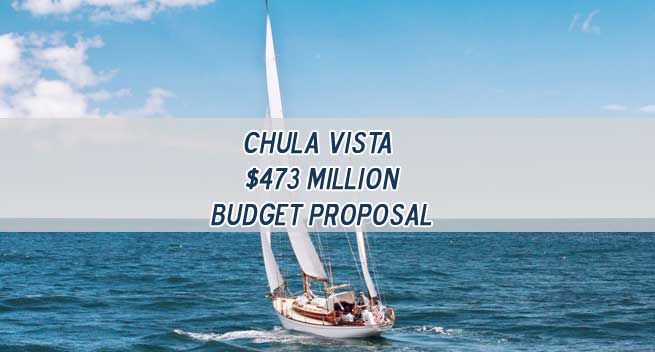 Public review and hearing scheduled for May 25

Chula Vista, CA- The Chula Vista City Council voted on May 11 to accept the City Manager’s Proposed Budget for fiscal year 2021-22. Per the City Charter, the City Council proposed budget is now available for public review at least ten days in advance of the adoption of the budget.

As required by the City Charter, the City Manager’s proposed budget was submitted to the City Council at least 35 days before the beginning of the fiscal year. The Baseline Budget projections and assumptions were prepared between January through March.

Council will consider the adoption of the Fiscal Year 2021-22 budget at the meeting on May 25, 2021, at 5 p.m. At that meeting, the City Council will hold a hearing to give the public an additional opportunity to participate in the budget process. In compliance with the City Charter, a notice of this meeting will be published in the local newspaper at least ten days prior to the public hearing.

The City Council may propose additional budget modifications after considering testimony at the public hearing.

The City of Chula Vista is located at the center of one of the richest cultural, economic and environmentally diverse zones in the United States. It is the second-largest City in San Diego County with a population of 268,000. Chula Vista boasts more than 52 square miles of coastal landscape, canyons, rolling hills, mountains, quality parks, and miles of trails.