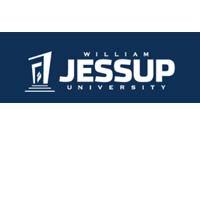 Rocklin, Calif. – With a pair of sweeps this past week from both the Jessup baseball and softball team’s, the mound did their job to keep runs at bay granting starters Ashkhon Kuhaulua and Shelbi Graifman GSAC Pitcher of the Week recognition.

Returning GSAC Picher of the Year, Shelbi Graifman is doing dealing up nothing less than perfection in her final season with the Warriors. The starting pitcher made an appearance in all four games this week, pitching three complete games while allowing just three runs, one in each game.

Graifman snatched two wins on Friday pitching both full games in the conference opener against Arizona Christian where she only allowed one run in each while allowing just five hits also, with 15 strikeouts. She continued her dominance on Saturday against future GSAC competitor Ottawa – AZ starting in game one going four innings allowing no hits, but an error in the field letting the solo run cross the plate. In the final game of the weekend, she shut things down with another complete game with five strikeouts.

Graifman leads the conference and country in wins, now 15-5, as well as total innings pitched (122.2).

Kuhaulua received his second recognition of the season as GSAC Pitcher of the Week.

It was a pitcher’s duel in the first game of the series against Vanguard, Ashkhon led the Warriors pitching the complete 9-inning shutout out, collecting his fifth win of the season. In his full-game pitched the starter allowed just three hits with 8 strikeouts as the Warriors won by a solo run in the series opener against the Lions.

Kuhaulua leads the conference and the country in strikeouts with 68 total, averaging 12 per game. He is also ranked in the top 10 in the country in total innings pitched and total wins.

“Ash was exceptional in his start,” head coach Jake McKinley said. “He competed, pitched out of some jams and made big-time pitches when we needed them. I applaud him and our team for the collective effort and I’m very grateful for the work ethic we show regularly.”