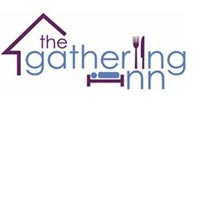 County Moves Ahead with Negotiations

The Placer County Board of Supervisors today voted unanimously to move forward in negotiating a contract with The Gathering Inn to run the county’s temporary homeless shelter in North Auburn. The nonprofit organization is based in Roseville and has been providing emergency shelter services in south Placer for more than a decade.

Board members cited The Gathering Inn’s record of success in Placer County and strong community support as deciding factors in their choice to change shelter operators.

“It’s clear to me that in order to have a successful shelter, we need to have community support,” said District 5 Supervisor Jennifer Montgomery in making the motion to negotiate with The Gathering Inn. “We need to listen to the community’s voice and make a change, in the hope that everyone will continue to focus on the issue at hand: serving our homeless individuals and achieving better outcomes for them and for our communities. We cannot do this alone, and we cannot do this by being fragmented.”

Staff is expected to return to the board once a contract has been developed. If approved, The Gathering Inn would assume operations of the shelter for the coming year. The shelter serves as a 24/7 residential facility where 100 clients receive supportive services aimed at moving them toward self sufficiency.

The shelter opened at its present location on a temporary use basis in June 2015 and has previously been run by Volunteers of America Northern California and Northern Nevada. It consistently operates at full capacity each night, with a waiting list. In the last year, it has served more than 300 people, nine percent of whom were veterans and 52 percent of whom were mentally ill.

“We look forward to working with the county to effectively serve our homeless population and be a collaborative community partner,” said The Gathering Inn CEO Keith Diederich. “We’ll work with VOA to ensure a seamless transition.”

The panel who evaluated proposals for the contract had recommended VOA continue as shelter operator, but supervisors expressed confidence in The Gathering Inn’s extensive experience and community support.

“I appreciate the leaders from the community that been engaged and involved in this process,” said District 3 Supervisor Jim Holmes.

The county has already contracted with The Gathering Inn to offer a medical respite program for homeless individuals exiting the hospital and needing a safe place to recuperate. The county also contributes funding to The Gathering Inn’s emergency shelter program in south Placer. There, they operate under a nomadic model, with more than three dozen local congregations providing overnight shelter and food at their facilities, while The Gathering Inn staff oversee transport, scheduling and other logistics in addition to supportive services.

The Gathering Inn is located at 201 Berkeley Ave. in Roseville.