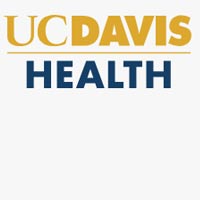 The deployment of the test at UC Davis is the result of nearly two years of planning and the efforts of a multidisciplinary workgroup led by Nam Tran, associate clinical professor of pathology and laboratory medicine, as well as emergency medicine, cardiovascular medicine specialists and hospitalists.

UC Davis is the first hospital in Northern California, one of only two institutions in the state and among a handful of hospitals in the nation to deploy the hs-cTnT test.

The new test is part of a national effort to give physicians better tools to more quickly identify those patients with suspected acute coronary syndrome who need to be admitted to the hospital for further testing from those with non-coronary cardiac diseases that need other assessments to obtain a diagnosis.

The majority of patients who come to an emergency department with chest pain need to be tested longer to know if they have a heart attack or not. With traditional cTn testing, a person with chest pain is tested at arrival in the ER and then again three hours later to see if there has been a rise or fall of troponin levels, which would suggest a heart attack. Sometimes this could extend to six hours if the three-hour result was inconclusive.

At UC Davis, these “accelerated diagnostic protocols” using hs-cTnT was championed by Emergency Medicine physician, Bryn Mumma in collaboration with Tran, leveraging a longstanding partnership between the departments to bring new transformative tests to improve quality of care.

Cardiologists agree that being able to rapidly and accurately diagnose heart attack patients is critical to treating patients appropriately as soon as possible and reducing further heart muscle injury.

But while measuring cardiac troponin T with the hs-cTnT assay provides strong prognostic information in patients, the increased sensitivity comes at a cost of decreased specificity.
“Troponin levels can be disrupted with other cardiac diseases such as myocarditis, sepsis, pre-existing heart failure, other forms of cardiomyopathy, kidney dysfunction or shock,” Tran said. “So interpreting the results is heavily dependent on the clinical context.”

There are an estimated 720,000 new heart attacks and 335,000 recurrent attacks each year in the U.S. On average, men have their first heart attack at age 65 while for women the average is 72 years of age.