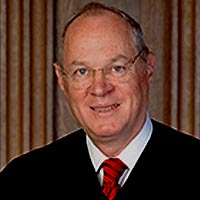 Washington, D.C. – Justice Anthony Kennedy today advised his colleagues that he is submitting to the President a formal notification of his decision, effective July 31 of this year, to cease active status as an Associate Justice and to assume senior status.

He said: “It has been the greatest honor and privilege to serve our nation in the federal judiciary for 43 years, 30 of those years on the Supreme Court.” He added that while his family was willing for him to continue to serve, his decision to step aside was based on his deep desire to spend more time with them. He said, too, that admiration for his colleagues on the Court means that he will retain warm ties with each of them in the years to come.

Justice Kennedy was nominated by President Reagan and took his oath of office on February 18, 1988. (Supreme Court of The United States, 2018)