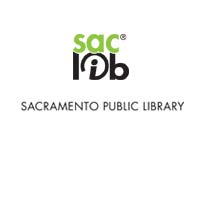 Sacramento, Calif.- Sacramento Public Library will be celebrating the centennial anniversary of the opening of Sacramento’s historic City Library with exhibits of Sacramento’s culture and history and behind-the-scenes tours on April 22 at 1 p.m. Admission is free and limited to the first 100 people.

The anniversary celebration will take place in the Sacramento Room – the reference room of the 1918 Carnegie-funded Central Library before the library was expanded to its current size in 1988.

History buffs and architecture enthusiasts will find something to love during the celebrations, whether it’s an exclusive look inside the climate-controlled vault holding rare Sacramento documents and ephemera, a telling of the history of the library by DeWilde, or a guided tour of the original Italian Renaissance-inspired architecture in the historic library – including the original staircase and entrance normally off-limits to visitors.

Three exhibits showing the Central Library throughout the years will be on display in the lobby and outside the Sacramento Room during the month of April. One of the exhibits will have a time capsule from the original 1872 library, including books from the original collection, coins from the time period and the old lion head library seal. All three will be outside the Sacramento Room during the centennial celebration.

“You can get a rare behind-the-scenes look at Sacramento’s oldest city library and learn about our enduring value to the community as a collector of local history,” said Amanda DeWilde, a Sacramento Room archivist.

The Sacramento Room is the only regularly accessible room in the historic library, where visitors can research and enjoy original documents and ephemera about Sacramento’s history in the ambience of an old reading room.

World War II Sacramento written by DeWilde and fellow archivist James Scott will be released during the anniversary. The work highlights Sacramento’s role during WWII and uses original documents such as McClellan Field handbooks and rationing tickets from the Sacramento Room’s collections.

Central Library is in the National Register of Historic Places for its architectural and historical significance.

For more information and to sign up for the event, visit www.saclibrary.org .