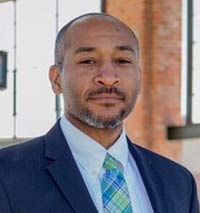 SACRAMENTO, Calif. – The Sacramento Metropolitan Chamber of Commerce announced the hiring of Khaim Morton to the position of vice president of Public Policy and Economic Development.

Morton will lead the Metro Chamber’s impact and advocacy to advance the success of regional businesses through its policy and economic development programs, including the Capitol-to-Capitol program.

“I am thrilled that Khaim Morton will be joining the Metro Chamber team,” said Metro Chamber President and CEO Amanda Blackwood. “Khaim’s impact in the positions he has served is evident by his strong network of relationships, policy experience to get things done at the state and local levels and ability to forge collaborations across various industries and stakeholders. He will play a critical role in our regional commitment to engaging policy makers and leaders on issues that are essential for a strong business environment, connected region, ready workforce and vibrant community.”

Morton joins the Metro Chamber after 17 years working at various levels of state and local government. Most recently, he served as an appointee of Governor Brown as the deputy secretary of legislation for the Government Operations Agency. Since 2016, he has been the liaison with the Governor’s office and the legislature managing the legislative affairs and negotiating legislation to establish positions that reflect the best interest of the state and its citizens for the 10 departments and entities which are the backbone to state operations. These entities include the Department of General Services, Department of Technology, Cal HR, Victim’s Compensation Board, Office of Administrative Law, California Department of Tax and Fee Administration, California Census, Franchise Tax Board, CalPERS and CalSTRS.

During Morton’s time at the state of California, he was instrumental in policies to improve efficiency and eliminate waste within government agencies. Morton also played an important role in Taxpayer Transparency and Fairness Act of 2017 which created the most significant overhaul and reform of the system administering California’s taxes.

Morton’s career in policy began at the local level when he served as the field deputy in the Los Angeles City Council President’s Office which led to him joining the office of Los Angeles Mayor James K. Hahn in 2003. While at City Council, Morton coordinated the rebuilding of a bridge span over the Pacoima wash after it was damaged by a severe rain and flooding; the bridge was a primary access point for various local communities and businesses. The effort took coordination with multiple state and local government entities, local businesses, and residents in re-establishing the ability to cross to their homes, jobs and emergency services.

Morton will begin his tenure with the Metro Chamber on November 8.