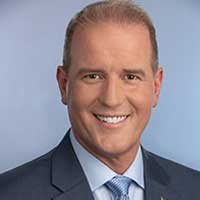 “I love this city, and I am extremely honored to serve alongside this dynamic group of leaders as Folsom continues to work hard to protect both the health of the public and our economic vitality,” said Mayor Kozlowski. “We will emerge from this crisis in the same way we have worked through challenges over nearly 75 years of cityhood- by working collaboratively. I look forward to serving as mayor and working with my colleagues on the City Council and our community as we rebuild and recover, knowing our best days are ahead.”

Kozlowski was elected to the Folsom City Council in November 2018. He serves on the Folsom/El Dorado County Joint Powers Authority, the Sacramento Area Council of Governments (SACOG) Board of Directors, and the city’s Retirement Board of Authority. He has served as a City of Folsom utility commissioner, a board member of the Vista Athletic Boosters, a member of the Heritage Preservation League of Folsom, and as chairman of the campaign for Measure G (passed by voters in 2014) that is bringing facility improvements to Folsom schools.

Kozlowski is an architect and an account executive for SitelogIQ and provides planning, design, and project management services for energy conservation projects. He is active in several statewide school construction and energy conservation groups. In addition, he coaches track and field for Vista del Lago High School, and is a certified youth coach with USA Track & Field.
Aquino was elected to the Folsom City Council in November 2018 and served as mayor in 2020 and vice mayor in 2019. Prior to her election to the Council, she served four years as a member of the Board of Education for the Folsom Cordova Unified School District.

Aquino currently represents the city on the Association of California Cities Aligned with Public Safety and on the city’s Retirement Board of Authority. She represents California’s 1st Senate District on the Citizens’ Advisory Committee for Folsom State Prison and California State Prison, Sacramento. She is a past chair of the Folsom Chamber of Commerce Board of Directors, former Folsom Library commissioner, three-time PTA president at Russell Ranch Elementary, and former board member of the Folsom Cordova Education Foundation. She is a licensed life and health insurance agent and runs her family’s insurance agency.