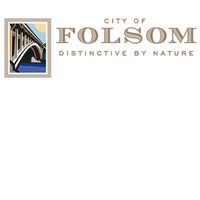 Applications due by June 22

The appointment term is for the remainder term of the vacated seat, which concludes upon the swearing-in of a newly elected Councilmember for that seat at the November 2020 General Municipal Election.

The City of Folsom is a charter city following the council-manager form of government. The City Council, as the city’s legislative body, defines the policy direction of the city. The City Council consists of five at-large elected council members representing all residents in the City. Each serves a four-year term. Every December, the Council selects one of its members to serve as Mayor and a second to serve as Vice Mayor.

Folsom’s next election will be the General Municipal Election on November 3, 2020. At that election, Folsom voters will elect two City Council Members to the Folsom City Council. The three remaining seats held by Sarah Aquino, Kerri Howell and Mike Kozlowski will be up for election in November 2022.

The application is available at www.folsom.ca.us/CouncilVacancy.