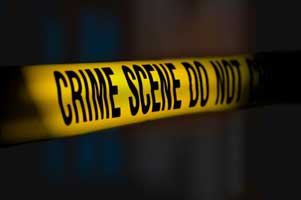 Deadly Hit and Run on Watt Avenue in Sacramento

Sacramento, CA- On September 19, 2018, at approximately 5:20 a.m., the California Highway Patrol was dispatched to a call of a traffic collision involving a vehicle versus a bicyclist on Watt Avenue near Whitney Avenue.

Upon arriving on scene officers were informed by witnesses that a vehicle had struck a bicyclist and fled the scene with the bicyclist still on the hood of the vehicle.

The vehicle was last seen turning into a neighborhood on the west side of Watt Ave near Harmony Lane towards E. Country Club Lane. Officers searched the area and located the bicyclist laying in the front yard of a residence unconscious and unresponsive.

Officers administered CPR until EMS/Fire personnel arrived on scene and transported the bicyclist to an area hospital where he succumbed to his injuries.

Officers were unable to locate the involved vehicle in the nearby area at the time.

Witnesses described the involved vehicle as possibly being a dark colored minivan or SUV type vehicle but were unable to provide a license plate for the vehicle.

If anyone witnessed this incident, or has any information regarding the involved vehicle or driver or the vehicle that fled the scene please contact the CHP North Sacramento Area.