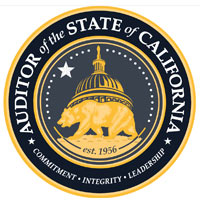 Sacramento, Calif. – The California State Auditor recently announced that more than 5,500 Californians have submitted an application to serve on the 2020 Citizens Redistricting Commission, of which 4,723 are tentatively eligible. The announcement comes just three weeks before the initial application period ends on August 9.

“I am pleased to see that more than 5,500 Californians are ready to be a part of making real change,” said Elaine M. Howle, California State Auditor. “These applicants are making a choice-to ensure their community has a voice in the next redistricting process. We encourage all Californians to apply for this once in a decade opportunity and be part of the team that will be drawing new political districts that define where our Congressional and State representatives come from.”

Applicants must submit an application online at shapecaliforniasfuture.auditor.ca.gov during the initial 60-day application period, which began, June 10, 2019, and runs through August 9, 2019.

The California State Auditor is tracking applicant demographic data on a daily basis by gender, ethnicity, political party, region, and county. Below is a breakdown of the distribution to date.

For more information about application data, eligibility requirements, or to apply to be a member of the 2020 Citizens Redistricting Commission, please visit shapecaliforniasfuture.auditor.ca.gov or call (833) 421-7550. You can also follow us on Facebook and Twitter at @ShapeCAFuture.

About the 2020 Citizens Redistricting Commission

Every ten years, after the federal government publishes updated census information, California must redraw the boundaries of its Congressional, State Senate, State Assembly, and State Board of Equalization districts. In 2008, California voters passed the Voters FIRST Act authorizing the creation of an independent Commission comprised of 14 members. The 2020 Commission will include five Democrats, five Republicans, and four who are either registered without, or “independent” of, any political party (decline-to-state or no party preference) or with another party. The Commission is responsible for drawing the lines of each district. The initial application period for new Commission members begins June 10, 2019, and will run through August 9, 2019. 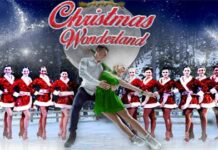