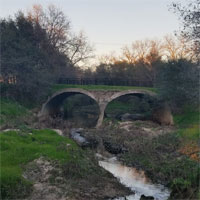 ROSEVILLE, Calif., – The Placer Mosquito and Vector Control District reported today that a mosquito sample has tested positive for West Nile virus this week. The sample was collected from a site along the county’s western border. Mosquito numbers have also increased in the past week, most likely from sustained higher temperatures. District staff have been aggressively treating immature mosquito populations out in the agricultural areas to the west, in an effort to stem the development of adult mosquitoes. “This kind of mosquito and West Nile virus activity is not unusual for this time of year. Mosquito abundance is not the only thing that is impacted with warmer weather. West Nile virus activity in birds and mosquitoes also tends to increase with higher temperatures,” states Joel Buettner, District general manager.

According to Buettner, treatment activities have not been scheduled yet, but will likely happen later on in the week. He encourages those who are interested in receiving treatment updates to sign up for email notices through the District website or follow the District social media accounts.

Due to this latest development happening on the eve of a holiday, the District urges residents to use mosquito repellent during their Independence Day celebrations. For a list of CDC-recommended repellents, please visit the District’s website at placermosquito.org or the Centers for Disease Control and Prevention: www.cdc.gov/westnile/faq/repellent.html. Placer residents can also call Placer County Public Health at 530-889-7141.