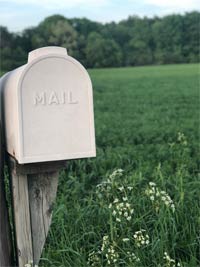 Placer Agriculture Commissioner warns: Do not open or plant unsolicited seeds received in the mail

According to the California Department of Food and Agriculture website; CDFA has recently become aware of a number of reports regarding unsolicited seeds from China being received by homeowners throughout the country, including Placer County.

Residents are advised to not open any unsolicited seed packets received and contact our Placer County Agriculture/Weights and Measures Department at [email protected] or 530-889-7372. The Agriculture Department will make arrangements with the resident to collect the seeds and properly dispose of them.

Seed packets should not be opened, shipped, or disposed of by residents in order to prevent potential dispersal of invasive species and/or quarantine pests. Unopened seed packets should be held by the resident until they can be picked up by the county’s Agriculture Department.

“We have received a few reports from residents that received the mysterious seeds in the mail,” said Placer County Agriculture Commissioner Josh Huntsinger. “It is extremely important that residents do not open, plant or throw away the seeds. We can’t afford to introduce an invasive plant species to our local environment since the seed species are undetermined and should be considered a threat.”

The United States Department of Agriculture is currently investigating unsolicited seeds from China, which appears to be a “brushing scam” where people receive unsolicited items from a seller who then posts false customer reviews to boost sales.