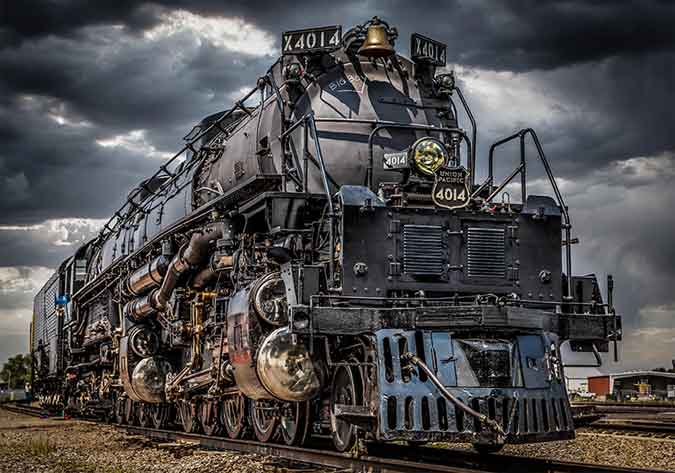 Roseville, Calif.- The scheduled dates have been postponed. Updates will be posted as they become available.

At our heart, Roseville is still a railroad town. So when old friends come to visit, we get excited.

Union Pacific’s famed Big Boy No. 4014 was set to return to the tracks this summer for its “West Coast Steam Tour”, visiting Roseville in July.

Originally scheduled to kick off June 26 from Cheyenne, Wyoming, this year’s tour would celebrate Union Pacific’s 160th anniversary, railroad heritage and the communities the railroad serves, visiting the Pacific Northwest for the first time since its return to service.

Display days include locomotive viewing, access to the “Experience the Union Pacific Rail Car,” a multi-media walk-through exhibition that provides a glimpse at the past while telling the story of modern-day railroading, and live Q&A with the Steam Crew.

Twenty-five Big Boy locomotives were built for Union Pacific to haul heavy freight during World War II and out of the eight still preserved, No. 4014 is the world’s only functioning Big Boy. Weighing in at 1.1 million pounds, this is the second tour since the locomotive was restored for 2019’s “Great Race” tours which celebrated the 150th anniversary of the transcontinental railroad’s completion, following a retirement that spanned six decades.

“The Big Boy was delivered to Union Pacific in December 1941 and helped carry the nation through World War II,” said Scott Moore, senior vice president – Corporate Relations and chief administrative officer. “It now serves as a reminder of our history and how rail is the backbone of America. The tour last year brought out about 1.1 million people from the communities we serve, and we cannot wait to share Big Boy again this summer.”

Big Boy No. 4014 will leave the Steam Shop in Cheyenne, Wyoming, June 26, making brief whistle-stops in dozens of communities in California, Idaho, Nevada, Oregon, Utah and Wyoming. Further details will be released in May by Union Pacific.

A steam tracking map showing No. 4014’s location and route will be available at upsteam.com.