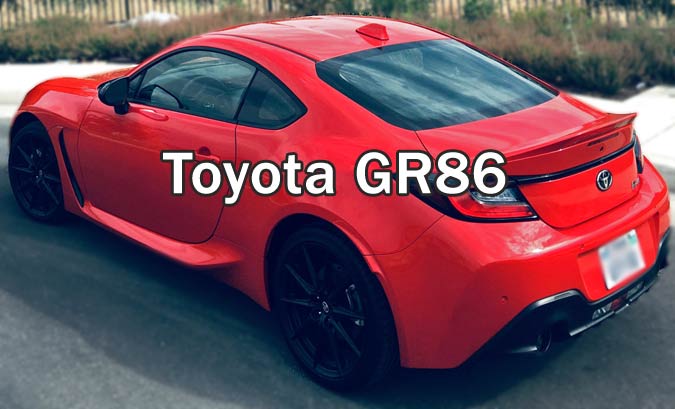 However, the Scion legacy lives on. Evidence of that is the rebadged 2022 Toyota GR86. It was originally marketed in 2013 as the Scion FR-S, which had a hasty exit, lasting four years and being shelved in 2017. It spelled the end of Toyota’s effort to create a youth-focused division that was characterized by vehicles that were sporty, inexpensive and displayed a distinctive style.

The Scion FR-S never truly went away. It was renamed the Toyota 86 in 2017 and five years later the redesigned version is called the GR86. One thing hasn’t changed regarding this two-door, sports car – it remains mechanically similar to its cousin, the Subaru BRZ

As intended with the Scion brand, the new GR86 delivers a performance vehicle that is fun to drive and easy on the bank account, starting at a reasonable $27,800. Toyota wants car buyers looking at the GR86 as an alternative to competitors like the Mazda MX-5 Miata, Hyundai Veloster and Volkswagen Golf GTI.

We aren’t sure why Toyota decided to give the GR86 a back seat. It’s the biggest source of complaints because there’s not a back seat worth mentioning. Even small kids will balk at being stuck in the miniscule seating area. The other common complain is noise. The GR86 is loud, especially at high speeds.

What Toyota did get right regarding the GR86 is performance. The rear-wheel drive sporty coupe has one engine, a 2.4-liter, four-cylinder that produces 228 horsepower and 184 pound-feet of torque. It has been clocked going 0-60 in 6.0 seconds. The sports car comes as a six-speed manual transmission or a six-speed automatic. Fuel economy is a mediocre 21-31 mpg.

Sporty handling was a strong characteristic of the Scion version and the same holds true for the GR86. It’s an exciting car to take on backroads and challenge tight corners in a controlled fashion. It grips the road well and gives the driver added confidence. Toyota says the GR86 has a slightly stiffer suspension tuning than the Subaru BRZ.

There’s nothing fancy about the interior. In fact, it’s basic. Most of the interior surfaces are hard plastic that can gradually get uncomfortable on long trips. The small center armrest has a pair of quick-charging USB ports and an area to secure a smartphone while driving.

The GR86 comes standard with an 8-inch touchscreen, Apple CarPlay and Android Auto integration, HD Radio, satellite radio, and a six-speaker stereo. The touchscreen’s graphics are modest, but some will like that the system is easy to master through touch commands.

Front passengers will enjoy sizable head room and the leg space will be suitable for most people. The back seat is tiny and the cargo area is small at well – 6.2 cubic feet of space, barely enough for a suitcase and a modest-sized bag.

Offered at a reasonable price, the 2022 Toyota GR86 delivers a sporty car with good performance and handling.