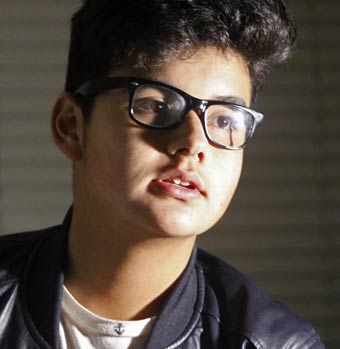 Roseville, Calif – Abed Mashal of Roseville has received a scholarship to continue his high school education at United World College-USA in Montezuma, N.M.

The son of Abdul Ali and Hanifa Mashal, Abed recently completed his sophomore year at Oakmont High School. He was among 60 U.S. students selected for the merit-based Davis Scholarships.

UWC is an international high school for 16- to 19-year-olds with 18 campuses worldwide whose mission is to unite cultures through education, thus creating a peaceful, sustainable world. UWC students represent up to 90 countries at some campuses; many come from conflict regions.

UWC offers the international baccalaureate, a two-year pre-university program that is the most widely recognized secondary school diploma in the world.

Applicants for Davis Scholarships must be U.S. citizens or permanent residents and be either 16 or 17 years old on Sept. 1 of the year they intend to enroll. Additional non-scholarship students may also be selected. These students will be offered partial or no financial support. Dec. 1 is the application deadline.

German educator Kurt Hahn, founder of Outward Bound, conceived the bold concept of United World College in the 1950s at the height of the Cold War. Hahn believed that much could be done to overcome religious, cultural, and racial misunderstanding if young people from all over the world could be brought together to live and learn.