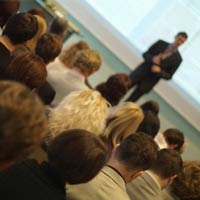 Why You Don’t Vote for Mayor

In the the United States, most small to medium size municipalities operate as council-manager governments. In this arrangement, mayors are considered first among equals with no special legislative powers, but often chairing the city council.

In essence, when voting for city council positions, each member can become mayor. The mayor position is often passed around, round-robin style and it’s not uncommon to see long term city council mayors tout multiple terms as mayor.

Except for bragging rights and political marketing purposes, being mayor is often meaningless outside the scope of being a city council member. They’re purely symbolic.

Conversely, in a strong mayor system, the mayor wields much power and acts as a CEO of a city.

In smaller cities, executive functions are typically performed by an appointed city manager.